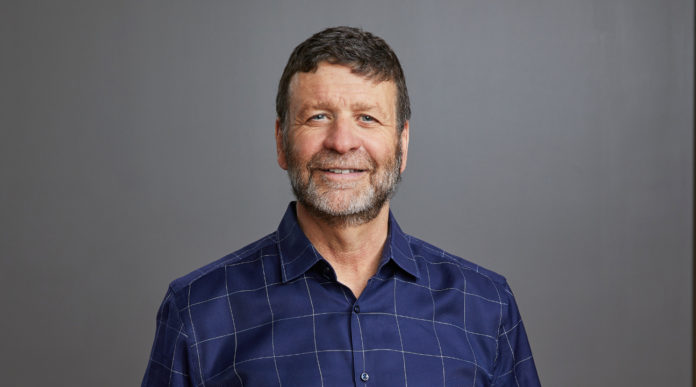 When IBM acquired Red Hat for $34 billion in 2019, it was considered the industry’s largest software acquisition. The synergy between the two companies led them to become one of the leading hybrid multi-cloud providers globally.

In most acquisitions, the acquired entity sometimes loses momentum and sheds some of its original luster. This does not seem to be the case with Red Hat.

Distinct Identity
“I would define it as a separate company and that’s how we run it,” affirms Paul Cormier, President & CEO of Red Hat, who is credited with conceptualizing the company’s open hybrid cloud platform.

“We set our own strategy, we set our own road maps. It’s completely up to us. We have stayed as a self-contained company. Red Hat still has all the pieces to be a separate company: its own Engineering, product lines, back office, HR, Legal, and Finance. It’s very much like VMware is to Dell, or LinkedIn is to Microsoft,” he explains.

Cormier believes it’s important to have separate identities for partner ecosystems to thrive.

“We are talking about integrating Arc with OpenShift. IBM didn’t even know this was happening as we had kept it confidential,” he says.

Microsoft’s Azure Arc is a management tool for hybrid cloud application infrastructures, while OpenShift is a family of containerization software developed by Red Hat.

“We’re big on Intel platforms. We’re also big on IBM Z, IBM I, IBM P. Since we support Intel in Red Hat Enterprise Linux (REL), we know their road maps long before they’re implemented.  However, we have to show Intel that we would not give away their secrets to IBM. This is the most important reason that we must remain separate so that those partner ecosystems remain,” he says.

“That’s our development model. Open source is not a thing — it’s an action,” he says.

Underlining the importance of Linux, he explains that “Linux went by Unix a long time ago in terms of features, function, and performance. However, Linux was so available that eventually, it became the innovation engine. All the technologies today — on the infrastructure and the development side, on the tools side — they are all built-in and around Linux. OpenShift is still a Linux platform. Its containers are Linux. All the innovation is now around that.”

Cormier is also confident of meeting the demand of customers adopting hybrid cloud.

“As opposed to some of our competitors that are trying to bring containers back to their world, we’re moving in the other direction. We are working on advanced cluster management on Kubernetes. As customers increasingly go hybrid, having OpenShift with containers running in different places will help them easily manage across clusters,” Cormier says.

“We’re also focusing on telco 5G use cases on the OpenShift platform. We’re doing a lot of work with Verizon and the other telcos,” he adds.

FOSS Responders has come together to crowd-source support for FOSS contributors and organisations affected by the global pandemic, especially in the face of event cancellations. FOSS Responders has raised a $115,000 support fund, which is made from individual donations and generous donations from its partners.

Symbolic links play a very useful role on Linux systems. If the referenced file is removed, the symlink will remain but not indicate there’s a problem until you try to use it. Here’s how to find and remove symlinks that point to files that have been moved or removed.

Two days ago, the government of India announced that it would publicly release the source code for its coronavirus contact tracing app, Aarogya Setu. However, the folks at MIT aren’t terribly impressed with Aarogya Setu’s safety quotient nor its collection of all manner of data beyond what contact tracing demands.

Linux Foundation executive Chris Aniszczyk has been an outspoken opponent of open source “tip jars” that seek to sustain projects with donations. But many such developers don’t want a 9-to-5 corporate job, preferring the independence of contract work. Open source sustainability, in other words, is messy.

Academics say they discovered 26 new vulnerabilities in the USB driver stack employed by operating systems such as Linux, macOs, Windows, and FreeBSD. All the bugs were discovered with a new tool they created, named USBFuzz. The tool is what security experts call a fuzzer.

The tmux tool is one of a number of Linux terminal window splitters that allow you to run commands in adjacent (up/down, right/left or both) panes so that you can easily use the output in one pane to help with work you’re doing in another.

For Synaptics and Elan devices that offer a combination of a pointing stick and touchpad, the Linux kernel has been ignoring the input events from the pointing stick. But with Linux 5.8 that will change in properly handling the combo multi-touch devices via the hid-multitouch driver.