Everybody uses open source software (OSS) today. Millions of people contribute to the code itself. Indeed, a substantial percentage of the users and creators of OSS today are young enough to have never known a world that didn’t rely on OSS. In other words, it’s very easy to take this remarkable product of open collaboration for granted. But that would be a mistake, especially given how unlikely it was that such a unique phenomenon could ever have taken hold. If you’ve never had reason to wonder how all this came about, this three part series is for you. In it, I’ll review how remote developers began to collaborate to create OSS, how the legal tools to make its distribution possible evolved, and how the world came to embrace it.
[Author: Andy Updegrove]

When Dfinity raised $102 million in funding in 2018 at a $2 billion valuation in a round jointly led by Andreessen Horowitz and Polychain Capital, it was thought of as a step-change in the world of blockchain technology. In an area that was synonymous with generating a lot of headlines around cryptocurrency speculation, this was a shift in focus, looking instead at the architecture behind Bitcoin, Ethereum and the rest, and how it could be used for more than just “mining,” distributing and using new financial instruments — with a major, mainstream VC backing the idea, no less.

Dfinity launched with a very lofty goal: to build what it called the “Internet Computer”: a decentralized and non-proprietary network to run the next generation of mega-applications. It dubbed this public network “Cloud 3.0”.

Now, it looks like this Cloud is now about to break.

Everything is aligning that the Linux 5.5 kernel is likely to be released this coming Sunday rather than being pushed off for another week of testing.

As it’s been two months since the Linux 5.5 merge window and already we’ve been quite busy talking about material on deck for Linux 5.6, here is a look back at some of the new features and changes of Linux 5.5…

Big companies like Samsung and Apple have enough money, control, and connections to move the supply chain in whatever direction they want. In terms of smaller companies, though, there is a single one trying to blaze its own path: Purism, the maker of open source Linux laptops, is building the Librem 5 smartphone. Not only is the OS open source and based on GNU/Linux—not Android—the hardware is open source, too. The core components have open source firmware, and there are even public hardware schematics. This is as close as you’re going to get to a totally open source smartphone. 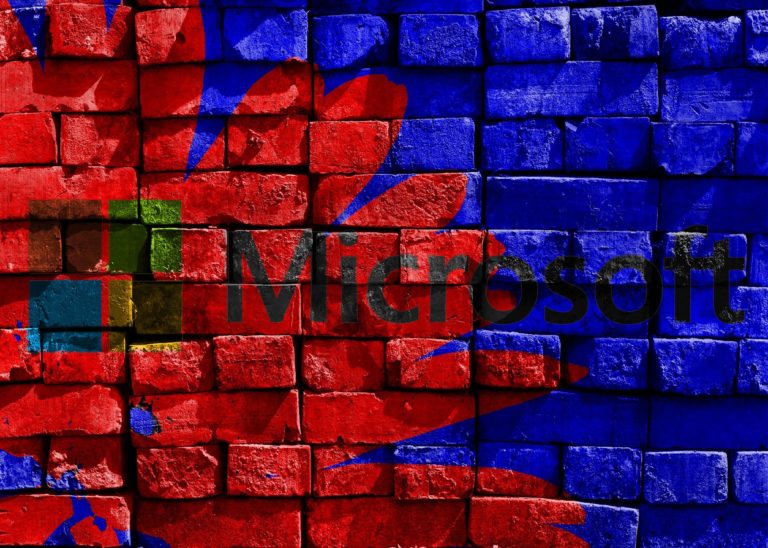 More than 10 years on from its campaign to persuade users to dump Windows 7 for a non-proprietary alternative, the Free Software Foundation (FSF) has kicked off a petition to urge Microsoft to open-source the recently snuffed software.

On the face of it, the logic seems pretty simple. On 14 January Windows 7 reached its end of life as Microsoft turned off the free security update taps with a final fix (which seemed to bork desktop wallpapers for some users).

“Its life doesn’t have to end,” cried the foundation. “We call on Microsoft to upcycle it instead.”

TriggerMesh has raised $3 million in additional funding to advance the integration of Kubernetes clusters with serverless computing frameworks. In addition, the company announced it has made available open source integrations between its namesake orchestration for serverless computing frameworks and IBM MQ event sources, VMware vSphere event sources and the Microsoft Azure Event Hub channel controller.

The TriggerMesh platform provides access to a cloud bus to facilitate application flow orchestration and the consumption of events emanating from any data center application or cloud source. It is designed to trigger serverless functions using a declarative application programming interface (APIs) and a set of tools for defining event flows and functions.

Octarine announced today it has launched two open source projects intended to enhance Kubernetes security. The first project is kube-scan, a workload and assessment tool that scans Kubernetes configurations and settings to identify and rank potential vulnerabilities in applications in minutes. The second project is a Kubernetes Common Configuration Scoring System (KCCSS), a framework for rating security risks involving misconfigurations.

Julian Sobrier, head of product for Octarine, said the projects are extensions of the namesake cybersecurity framework the company created based on a service mesh for Kubernetes clusters. The Octarine service mesh not only segments network and application traffic all the way up through Layer 7 running on Kubernetes clusters, but it also acts as an inspection engine that employs machine learning algorithms to identify anomalous traffic, Sobrier says.

Intel and Softbank Beware. Open Source Is Coming to the Chip Business

After revolutionizing software, the open-source movement is threatening to do same to the chip industry. Big technology companies have begun dabbling with RISC-V, which replaces proprietary know-how in a key part of the chip design process with a free standard that anyone can use. While it’s early days, this could create a new crop of processors that compete with Intel Corp. products and whittle away at the licensing business of Arm Holdings Plc.

In December, about 2,000 people packed into a Silicon Valley conference to learn about RISC-V, a new set of instructions that control how software communicates with semiconductors.

Red Hat has made available the latest instance of Red Hat Runtimes, a suite of lightweight open source components and frameworks that makes it easier to discover the middleware most appropriate for building a specific type of application.

James Falkner, product marketing director for Runtimes at Red Hat, said as organizations embrace cloud-native application architectures based on microservices it’s become increasingly challenging to determine what middleware to deploy optimally and where. Red Hat Runtimes not only makes it easier to navigate all those options, Falkner said, but all the components and frameworks are certified to be pre-integrated.

Big news today for Linux gamers and ex-Windows users as the final release of the Wine 5.0 software is now officially available for download with numerous new features and improvements.

After being in development for more than one year, Wine 5.0 is finally here with a lot of enhancements, starting with support for multi-monitor configurations, the reimplementation of the XAudio2 low-level audio API, Vulkan 1.1.126 support, as well as built-in modules in PE (Portable Executable) format. “This release is dedicated to the memory of Józef Kucia, who passed away in August 2019 at the young age of 30. Józef was a major contributor to Wine’s Direct3D implementation, and the lead developer of the vkd3d project. His skills and his kindness are sorely missed by all of us,” reads today’s announcement.