OpenVZ is the open source component of SWsoft’s Virtuozzo, a virtualization solution that can partition servers into dozens or even hundreds of virtual environments (VE). The OpenVZ team released an update today to make OpenVZ compatible with the 2.6.20 release of the Linux kernel, which may allow OpenVZ to work with Ubuntu Feisty, due to be released next month.

According to the announcement, the update opens the door to providing OpenVZ under Ubuntu, since Ubuntu’s upcoming Feisty release uses the 2.6.20 kernel. The Feisty beta release already includes a vzquota package, which contains tools for managing quotas under OpenVZ.

Unfortunately, the OpenVZ project is still packaging OpenVZ kernels as RPMs only, and no OpenVZ-enabled kernels are available for Ubuntu yet — so Ubuntu OpenVZ users have to try to patch a vanilla kernel to use on their systems.

However, users who want to run Ubuntu under OpenVZ can find templates on the OpenVZ site. We covered setting up and running OpenVZ in January.

The announcement also lists additional improvements, including the ability to prioritize I/O for virtual environments. This provides the ability to give some VEs higher priority for disk access than others, which may help alleviate performance issues for VEs that run applications requiring heavy disk access.

The latest kernel is available on the OpenVZ site, along with quick installation instructions. 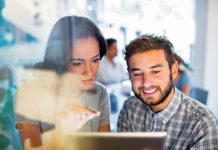