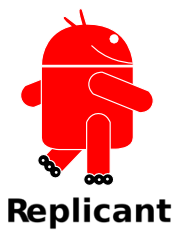 The Free Software Foundation (FSF) today launched a fundraising initiative for Replicant (http://replicant.us), a fully free Android distribution and the first mobile operating system (OS) to run without relying on proprietary system code. Replicant’s small volunteer developer team is focused on improving their OS, while also expanding it to work on more devices. Donations will primarily be used to buy new devices for development and testing — a critical need — but will also help fund infrastructure and promotion for the project.

The FSF’s previous purchase and donation of a Samsung Galaxy Tab 2 allowed the project’s developers to support the tablet, but adding support for a new device requires between $400 and $600 in donations for hardware costs alone. Each device that this long-term fundraising program is able to provide is likely to allow thousands of users of that device to run a free mobile OS for the first time.

Linux Exec Should Be Less Deadlock Prone In Future Kernels