Gartner has updated its forecasts on IT spend worldwide: spend in areas like hardware, software, and IT services are going to drive total investment of $3.6 trillion into IT overall. Gartner calls that number “lackluster,” in that it’s only slightly higher than Gartner projected last month, and only three percent more than 2011′s $3.5 trillion figure. However, what’s noticeable is that we are continuing to see a strong appetite for cloud computing. It will reach $109 billion in 2012 and will almost double in value by 2016 to $209 billion.

The survey canvases activity from over 75 percent of Gartner’s Global 500 list of top companies, and the analysts say that factors that are hemming in growth include the eurozone crisis, a slowdown in China and a weaker-than-expected recovery in the U.S. — all ongoing issues for the world economy. ”There has been little change in either business confidence or consumer sentiment in the past quarter, so the short-term outlook is for continued caution in IT spending,” notes Richard Gordon, research vice president at Gartner, in the report.

Gartner’s forecasts do not include consumer spending on cloud services — a significant market that has been propelled by the rise of media-friendly but storage-shy smartphones and tablets, as well as better networks. That area is growing, too: back in March, Gartner predicted that by the end of next year (2013) more than 90 percent of all connected consumer devices will have cloud services integrated into them. Consumers, it says, will spend $2.2 trillion on digital technology products this year.

Key names in the consumer segment include Apple’s iCloud, Dropbox and Box, with the latter selling storage services direct to consumers as well as in bundles with other consumer products like mobile devices. Meanwhile, popular streaming media apps like Spotify not only drive consumer usage of cloud services but also increased enterprise spend for Spotify to enable the services to exist. 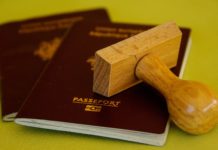