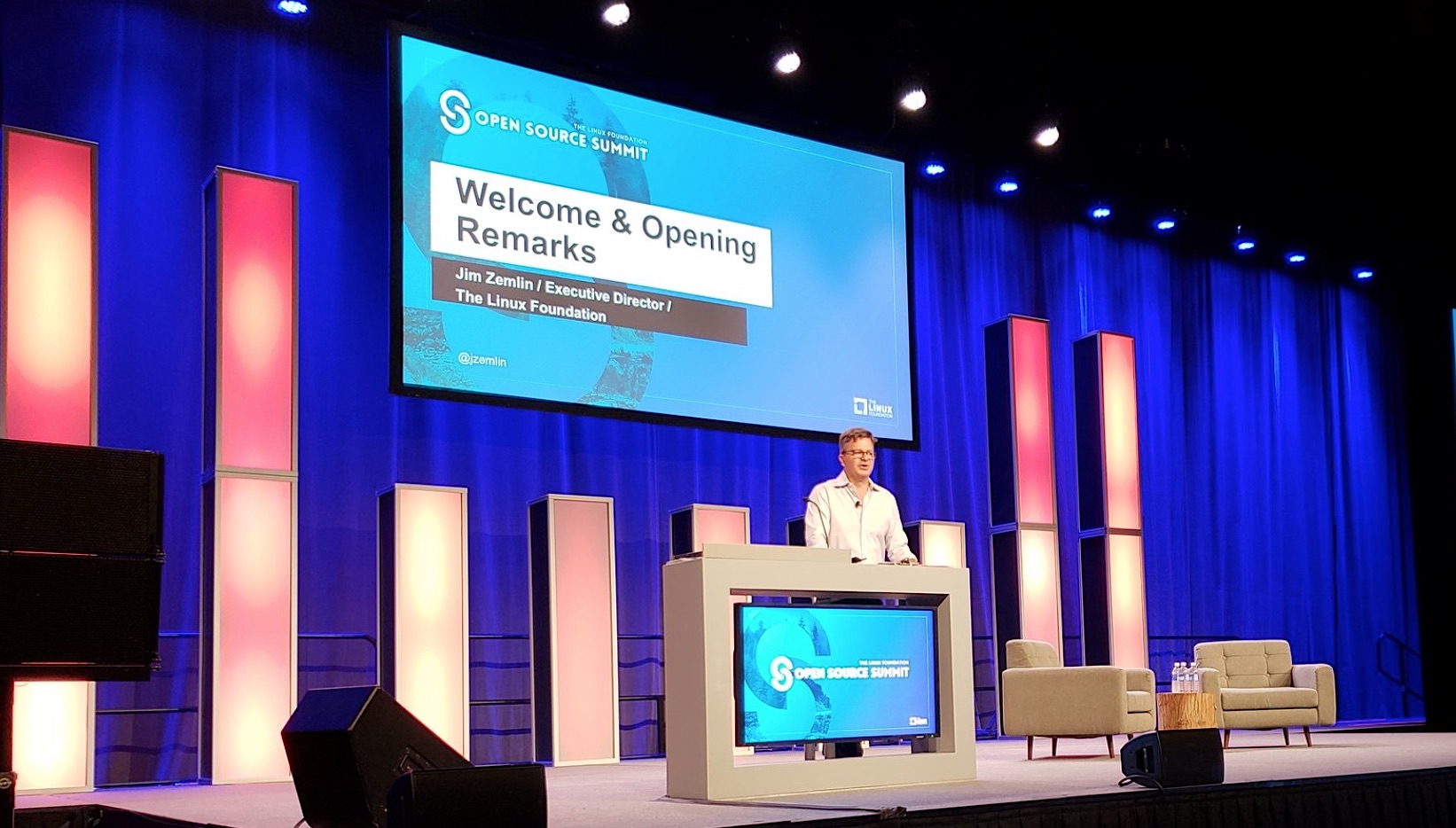 The Linux Foundation’s job is to create engines of innovation and enable the gears of those engines to spin faster, said Executive Director Jim Zemlin, in opening remarks at Open Source Summit in Vancouver.

Examples of how the organization is driving innovation across industries can be seen in projects such as Let’s Encrypt, a free, automated certificate authority working to encrypt the entire web, Automotive Grade Linux, Hyperledger, and the new Academy Software Foundation, which is focused on open collaboration within the motion picture industry.

This is open source beyond Linux and, according to Zemlin, is indicative of one of the best years and most robust periods at The Linux Foundation itself. So far in 2018, the organization has added a new member every single day, with Cloud Native Computing Foundation (CNCF), one of The Linux Foundation’s fastest growing projects, announcing 38 new members this week.

Successful projects depend on members, developers, standards, and infrastructure to develop products that the market will adopt, said Zemlin, and The Linux Foundation facilitates this success in many ways. It works downstream helping industry, government, and academia understand how to consume and contribute to open source. At the same time, it works upstream to foster development and adoption of open source solutions, showing industries how to create value and generate reinvestment.

During his keynote, Zemlin spoke with Sarah Novotny, Open Source Strategy Lead at Google Cloud, about Google’s support of open source development. In the talk, Novotny announced that Google Cloud is transferring ownership and management of the Kubernetes project’s cloud resources to CNCF community contributors and is additionally granting $9 million over three years to CNCF to cover infrastructure costs associated with Kubernetes development and distribution. Novotny, who noted that the project is actively seeking new contributors, said this commitment will provide the opportunity for more people to get involved.

In the words of Zemlin, let’s go solve big problems, one person, one project, one industry at a time.

This article originally appeared at The Linux Foundation