Just days after being accused of attempting to unleash potentially harmful Linux-related patents to find their way into the hands of open-source-hating patent trolls, Microsoft is now slated to announce its founding of a new foundation to support open-source software.

According to foundation documents and published reports, the group will be known as the CodePlex Foundation and will be led by Sam Ramji, Microsoft’s senior director of Platform Strategy. Ramji has been Microsoft’s guy in the hot seat in dealing directly with various factions of the open-source community, including the Apache Software Foundation and the Eclipse Foundation. And Ramji has proven his mettle in establishing relationships with those organizations and others. Ramji will be the interim president of the foundation… 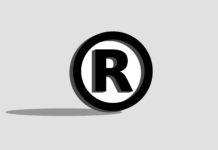 Driving Compatibility with Code and Specifications through Conformance Trademark Programs