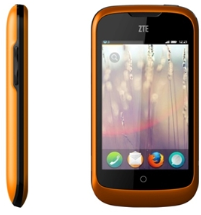 As the company made clear early on with its Firefox OS strategy, Mozilla wants to stay focused on emerging markets for phones based on its mobile platform. The company initially rolled out phones in five countries: Venezuela, Poland, Brazil, Portugal and Spain. Since then, there have been some novelty sales, including sales on eBay, in the U.K., the U.S. and elsewhere, but mostly the focus has been on emerging markets.

Judging from the comments that Mozilla officials made at this week’s Consumer Electronics Show (CES), though, we may see some higher end Firefox phones arrive, and we even could see Firefox OS arrive in new wearable form factors.