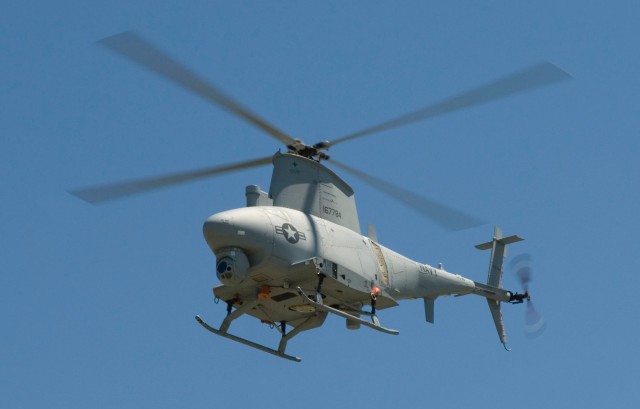 The MQ-8B Fire Scout, the Navy’s robotic helicopter drone, is getting a new virtual cockpit based on Linux.

The systems used to fly the MQ-8 Fire Scout, the robotic helicopter developed by Northrop Grumman for the US Navy’s Littoral Combat Ships, are about to get an upgrade—one that’s based on the Linux operating system. Raytheon has been awarded a $15.8 million contract to deploy a new version of the Vertical Takeoff and Landing Unmanned Air Vehicle Tactical Control System (VTUAV TCS) that takes the operator’s console off its legacy Sun Microsystems Solaris 8 platform and brings it in line with military standards for drone control platforms—allowing it to be used with other compatible unmanned aircraft.

Raytheon started development of the original TCS system more than 10 years ago as the Navy was evaluating the Fire Scout and when Solaris 8 was the approved Unix platform for many Department of Defense systems. And it remained the basis of the platform when Raytheon started delivering an upgraded version of TCS, called Block 2 Version 4, in 2007. The Navy kept adding new requirements to B2V4 for the next three years.