Last week I had the privilege of participating in the Open Source Software Security Summit II in Washington, DC. The Linux Foundation and OpenSSF gathered around 100 participants from enterprise, the U.S. government, and the open source community to agree on an action plan to help increase the security of open source software.

If you were to look at the attendee list, you would likely be struck by the amount of collaboration among competitors on this issue. But, it isn’t a surprise to the open source community. Security is an excellent example of why organizations participate in open source software projects.

This is organizations coming together on a joint solution to a common problem so they can focus on innovating.

A question I often receive when I tell people where I work is, Why would for-profit companies want to participate in open source projects? There are lots of reasons, of course, but it boils down to organizations coming together on a joint solution to a common problem so they can focus on innovating. For instance, film studios coming together around software for saving video files or color management or the finance industry improving trader’s desktops or web companies supporting the languages and tools that make the web possible. And these are just a handful of examples.

Security is everyone’s concern and solutions benefit everyone. As one summit participant noted, “My direct competitors are in the room, but this is not an area where we compete. We all want to protect our customers, shareholders, and employees. . . 99% of the time we’re working on the same problems and trying to solve them in a smarter way.”

99% of the time we’re working on the same problems and trying to solve them in a smarter way.

Everyone is better off by sharing vulnerabilities and solutions and working together towards a common goal of a more resilient ecosystem. No company is immune,  everyone relies on multiple open source software packages to run their organization’s software. It is no surprise that competitors are working together on this – it is what the open source community does.

As we gathered in DC, my colleague Mark Miller talked to participants about their expectations and their perspectives on the meeting. When asked what he hoped to accomplish during the two day summit, Brian Fox of Sonatype said, “The world is asking for a response to make open source better. We are bringing together the government, vendors, competitors, [and] open source ecosystems to see what we can collectively do to raise the bar in open source security.”

We are bringing together the government, vendors, competitors, [and] open source ecosystems to see what we can collectively do to raise the bar in open source security.

Another participant painted a picture which I find especially helpful, “I remember the old saying, we built the Internet on sand. I thought about that, underscoring the fact that sand is a part of concrete. This process means that we have an opportunity to shore up a lot of the foundation that we built the Internet on, the code that we’re developing.  It is an opportunity to improve upon what we currently have, which is a mixture of sand and concrete. How do we get it all to concrete?”

Enterprise companies and community representatives were at the summit, as well as key U.S. government decision makers. The high-level government officials were there the entire day, participating in the meeting, and listening to the discussions. Their level of participation was striking to me.  I have worked in and around government at the policy level for 25 years – and it is more common than not – for government officials to be invited to speak, come and speak, and then leave right after they deliver their remarks. To see them there one year after implementing the Executive Order on Improving the Nation’s Cybersecurity and engaged signals the importance they place on solving this problem and the respect they have for the group that gathered last week  Kudos to Anne Neuberger, her team, and the others who joined from around the U.S. government.

By the end of the first day, agreement was reached on a plan, comprised of 10 key initiatives:

The full document, The Open Source Software Security Mobilization Plan,  is available for you to review and download.

Of course, a plan without action isn’t worth much. Thankfully, organizations are investing resources. On the day it was delivered, already $30 million was pledged to implement the plan. Organizations are also setting aside staff to support the project:

Google announced its “new ‘Open Source Maintenance Crew’, a dedicated staff of Google engineers who will work closely with upstream maintainers on improving the security of critical open source projects.”

Amazon Web Services committed $10 million in funding in addition to engineering resources, “we will continue and increase our existing commitments of direct engineering contributions to critical open source projects.

Intel is increasing its investment: “Intel has a long history of leadership and investment in open source software and secure computing. Over the last five years, Intel has invested over $250M in advancing open source software security. As we approach the next phase of Open Ecosystem initiatives, Intel is growing its pledge to support the Linux Foundation by double digit percentages.”

Microsoft is adding $5 million in additional funding because, “Open source software is core to nearly every company’s tech strategy. Collaboration and investment across the ecosystem strengthens and sustains security for everyone.”

These investments are the start of an initiative to raise $150M toward implementation of the project.

Last week’s meeting and the plan mark the beginning of a new and critical pooling of resources – knowledge, staff, and money – to further shore up the world’s digital infrastructure, all built upon a foundation of open source software. It is the next step (well, really several steps) in the journey.

If you want to join the efforts, start at the OpenSSF.

How to use YAML nesting, lists, and comments in Ansible playbooks 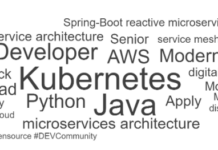 How Microservices Work Together

Manage your RPG players with pc 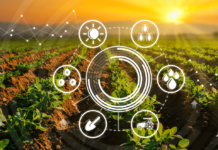 Ag-Rec: Improving Agriculture Around the World with Open Source Innovation