Linux.com
Home News Understanding the Microsoft-SCO connection
Facebook
Twitter
Pinterest
WhatsApp
Linkedin
ReddIt
Email
– By Steven J. Vaughan-Nichols –
What is Microsoft really up to by for between 10 and 30 million dollars? I think the answer’s quite simple: they
want to hurt Linux. Anything that damages Linux’s reputation,
which lending support to SCO’s Unix intellectual property
claims does, is to Microsoft’s advantage.

Mary Jo Foley, top reporter of Microsoft
Watch agrees with me. She tells me, “This is just
Microsoft making sure the Linux waters get muddier They are
doing this to hurt Linux and keep customers off balance. Eric
Raymond, president of the Open
Source Initative agrees and adds “Any money they
(Microsoft) give SCO helps SCO hurt Linux. I think it’s that
simple.”

Dan Kusnetzky, IDC vice
president for system software research, also believes that
Microsoft winning can be the only sure result from SCO’s legal
maneuvering. But, he also thinks that whether SCO wins, loses,
or draws, Microsoft will get blamed for SCO’s actions.

But is there more to it? Is Microsoft actually in cahoots
with SCO? I don’t think so. Before this deal, both SCO and
Caldera have had long, rancorous histories with Microsoft

While Microsoft certainly benefits from any doubt thrown
Linux’s way, despite rumors to the contrary Microsoft no longer
owns any share of SCO and hasn’t for years. In fact, Microsoft’s
last official dealing with Caldera/SCO was in early January
2000, when Microsoft paid approximately $60 million to Caldera
to settle
Caldera’s claims that Microsoft had tried to destroy DR-DOS.
While Microsoft never admitted to wrong-doing, the pay-off
speaks louder than words.

The deal didn’t make SCO/Caldera feel any kinder towards
Microsoft. A typical example of SCO’s view of Microsoft until
recently can be found in the title of such marketing white
papers as “Caldera
vs. Microsoft: Attacking the Soft Underbelly” from
February 2002.

Historically, Microsoft licensed the Unix code from AT&T
in 1980 to make its own version of Unix: Xenix. At the time,
the plan was that Xenix would be Microsoft’s 16-bit operating
system. Microsoft quickly found they couldn’t do it on their
own, and so started work with what was then a small Unix porting
company, SCO. By 1983, SCO XENIX System V had arrived for
8086 and 8088 chips and both companies were marketing it.

It didn’t take long though for Microsoft to decide that Xenix
wasn’t for them. In 1984, the combination of AT&T licensing
fees and the rise of MS-DOS, made Microsoft decide to start
moving out of the Unix business.

Microsoft and SCO were far from done with each other yet
though. By 1988, Microsoft and IBM were at loggerheads over
the next generation of operating systems: OS/2 and Unix. Microsoft
saw IBM’s support of the Open Software Foundation (OSF), an
attempt to come up with a common AIX-based Unix to battle
the alliance of AT&T and Sun, which was to lead to Solaris.

Microsoft saw this as working against their plans for IBM
and Microsoft’s joint operating system project, OS/2 and their
own plans for Windows. Microsoft thought briefly about joining
the OSF, but decided not to. Instead Bill Gates and company
hedged their operating systems bets by buying about 16% of
SCO, an OSF member, in March 1989

In 2000, Microsoft finally divested the last of their SCO
stock. Even before Caldera
bought out SCO though, Microsoft and SCO continued to
fight with each other. The last such battle was in 1997, when
they finally settled a squabble over European Xenix technology
royalties that SCO had been paying Microsoft since the 80s.

Despite their long, bad history, no one calling the shots
in today’s SCO has anything to do with either the old SCO
or Caldera. I also though think that there hasn’t been enough
time for SCO and Microsoft to cuddle up close enough for joint
efforts against IBM and Linux.

I also think that it’s doubtful that Microsoft would buy
SCO with the hopes of launching licensing and legal battles
against IBM, Sun and the Linux companies. They’re still too
close to their own monopoly trials. Remember, even though
they ended up only being slapped on the wrist, they did lose
the trial. Buying the ability to attack their rivals’ operating
systems could only give Microsoft a world of hurt.

Besides, as Eric Raymond in the Open
Source Initiative’s position paper on SCO vs. IBM and
Bruce Perens’ “The
FUD War against Linux,” point out, it’s not like
SCO has a great case.

Indeed, as Perens told me the other day, in addition to all
the points that has already been made about SCO’s weak case,
SCO made most 16-bit Unix and 32V Unix source code freely
available. To be precise, on January 23, 2002, Caldera
wrote, “Caldera International, Inc. hereby grants
a fee free license that includes the rights use, modify and
distribute this named source code, including creating derived
binary products created from the source code.” Although
not mentioned by name, the letter seems to me to put these
operating systems under the BSD
license.While System III and System V code are specifically
not included, it certainly makes SCO’s case even murkier.

SCO has since taken down its own ‘Ancient Unix’ source code
site, but the code and the letter remain available at many
mirror
sites.

Given all this, I think Microsoft has done all they’re going
to do with SCO. They’ve helped spread more FUD for a minimal
investment. To try more could only entangle them in further
legal problems. No, SCO alone is responsible for our current
Unix/Linux situation and alone SCO will have to face its day
in court.

This story was originally published by Practical Technology.
The opinions it contains belong solely to its author and
may or may not be shared by NewsForge staff or OSDN management. 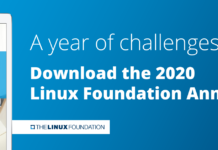