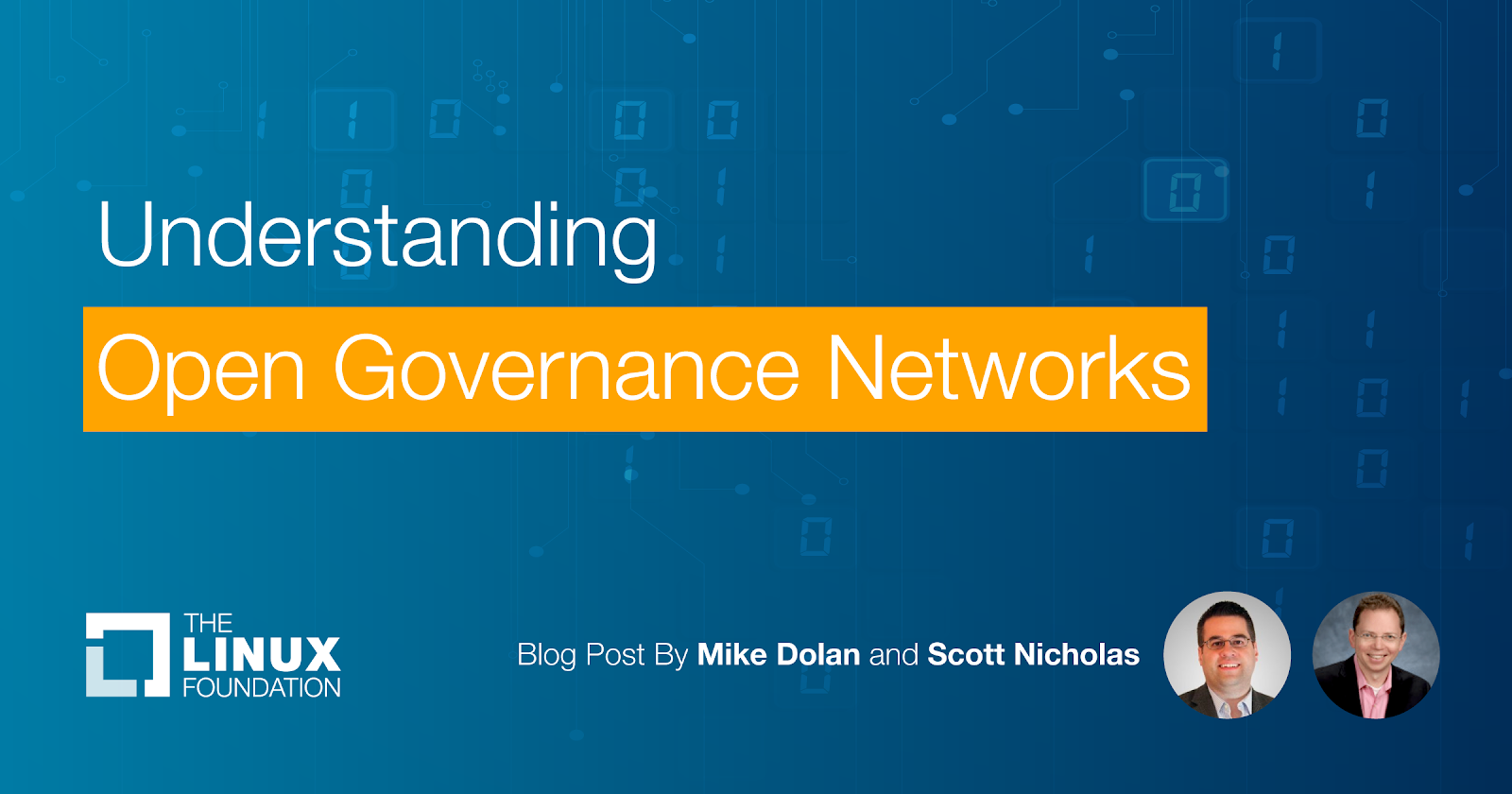 Throughout the modern business era, industries and commercial operations have shifted substantially to digital processes. Whether you look at EDI as a means to exchange invoices or cloud-based billing and payment solutions today, businesses have steadily been moving towards increasing digital operations. In the last few years, we’ve seen the promises of digital transformation come alive, particularly in industries that have shifted to software-defined models. The next step of this journey will involve enabling digital transactions through decentralized networks.

A fundamental adoption issue will be figuring out who controls and decides how a decentralized network is governed. It may seem oxymoronic at first, but decentralized networks still need governance. A future may hold autonomously self-governing decentralized networks, but this model is not accepted in industries today. The governance challenge with a decentralized network technology lies in who and how participants in a network will establish and maintain policies, network operations, on/offboarding of participants, setting fees, configurations, and software changes and are among the issues that will have to be decided to achieve a successful network. No company wants to participate or take a dependency on a network that is controlled or run by a competitor, potential competitor, or any single stakeholder at all for that matter.

Earlier this year, we presented a solution for Open Governance Networks that enable an industry or ecosystem to govern itself in an open, inclusive, neutral, and participatory model. You may be surprised to learn that it’s based on best practices in open governance we’ve developed over decades of facilitating the world’s most successful and competitive open source projects.

For the last few years, a running technology joke has been “describe your problem, and someone will tell you blockchain is the solution.” There have been many other concerns raised and confusion created, as overnight headlines hyped cryptocurrency schemes. Despite all this, behind the scenes, and all along, sophisticated companies understood a distributed ledger technology would be a powerful enabler for tackling complex challenges in an industry, or even a section of an industry.

The technology is ready. Enterprise blockchain has been through many proof-of-concept implementations, and we’ve already seen that many organizations have shifted to production deployments. A few notable examples are:

However, just because we have the technology doesn’t mean we have the appropriate conditions to solve adoption challenges. A certain set of challenges about networks’ governance have become a “last mile” problem for industry adoption. While there are many examples of successful production deployments and multi-stakeholder engagements for commercial enterprise blockchains already, specific adoption scenarios have been halted over uncertainty, or mistrust, over who and how a blockchain network will be governed.

To precisely state the issue, in many situations, company A does not want to be dependent on, or trust, company B to control a network. For specific solutions that require broad industry participation to succeed, you can name any industry, and there will be company A and company B.

We think the solution to this challenge will be Open Governance Networks.

The Linux Foundation vision of the Open Governance Network

An Open Governance Network is a distributed ledger service, composed of nodes, operated under the policies and directions of an inclusive set of industry stakeholders.

Open Governance Networks will set the policies and rules for participation in a decentralized ledger network that acts as an industry utility for transactions and data sharing among participants that have permissions on the network. The Open Governance Network model allows any organization to participate. Those organizations that want to be active in sharing the operational costs will benefit from having a representative say in the policies and rules for the network itself. The software underlying the Open Governance Network will be open source software, including the configurations and build tools so that anyone can validate whether a network node complies with the appropriate policies.

Many who have worked with the Linux Foundation will realize an open, neutral, and participatory governance model under a nonprofit structure that has already been thriving for decades in successful open source software communities. All we’re doing here is taking the same core principles of what makes open governance work for open source software, open standards, and open collaboration and applying those principles to managing a distributed ledger. This is a model that the Linux Foundation has used successfully in other communities, such as the Let’s Encrypt certificate authority.

Our ecosystem members trust the Linux Foundation to help solve this last mile problem using open governance under a neutral nonprofit entity. This is one solution to the concerns about neutrality and distributed control. In pan-industry use cases, it is generally not acceptable for one participant in the network to have power in any way that could be used as an advantage over someone else in the industry.  The control of a ledger is a valuable asset, and competitive organizations generally have concerns in allowing one entity to control this asset. If not hosted in a neutral environment for the community’s benefit, network control can become a leverage point over network users.

We see this neutrality of control challenge as the primary reason why some privately held networks have struggled to gain widespread adoption. In order to encourage participation, industry leaders are looking for a neutral governance structure, and the Linux Foundation has proven the open governance models accomplish that exceptionally well.

This neutrality of control issue is very similar to the rationale for public utilities. Because the economic model mirrors a public utility, we debated calling these “industry utility networks.” In our conversations, we have learned industry participants are open to sharing the cost burden to stand up and maintain a utility. Still, they want a low-cost, not profit-maximizing model. That is why our nonprofit model makes the most sense.

It’s also not a public utility in that each network we foresee today would be restricted in participation to those who have a stake in the network, not any random person in the world. There’s a layer of human trust that our communities have been enabling on top of distributed networks, which started with the Trust over IP Foundation.

Unlike public cryptocurrency networks where anyone can view the ledger or submit proposed transactions, industries have a natural need to limit access to legitimate parties in their industry. With minor adjustments to address the need for policies for transactions on the network, we believe a similar governance model applied to distributed ledger ecosystems can resolve concerns about the neutrality of control.

Open Governance Networks can be reduced to the following building block components:

If you’re interested in learning more about hosting an Open Governance Network at the Linux Foundation, please contact us at governancenetworks@linuxfoundation.org

Btrfs: Advantages of upgrading from UEK5 to UEK6