In the past few weeks the coronavirus pandemic has taken hold in the United States, and the disease will continue to have a massive impact around the world for the foreseeable future. But even in the midst of panic and uncertainty, communities are coming together to do what they can. People are 3D printing face shields and sewing masks for healthcare workers, offering to buy groceries and household supplies for the elderly or immunocompromised, and even donating their computer’s GPU power to the cause.

And developers aren’t absent from this list of people trying to do whatever they can to help. A quick glance into the trending section of GitHub shows that a good portion are COVID-19-related, and there are a number more than that living on GitHub. While medical professionals are on the front lines of the COVID-19 fight, developers are fighting the disease from their computers.

With the Linux 5.7 cycle kicking off in April with its merge window opening upon the release of Linux 5.6, here is a look at some of the changes and new features that have been on our radar for this next version of the Linux kernel.

Among the items we have been tracking that should be landing in Linux 5.7 based upon being queued in the respective “-next” trees, those items tentatively for the 5.7 kernel include the likes of: The new Samsung-developed Microsoft exFAT file-system driver is queued and ready to go. This replaces the current staging exFAT driver.

Before it ended earlier this month, Elizabeth Warren’s presidential campaign developed a reputation for two things: detailed plans to solve concrete problems, and a robust ground game. Those attributes came together on the campaign’s tech team, which built a grassroots organizing machine on the back end. That wasn’t enough to win Warren the nomination, but veterans from the team are trying to make sure their work wasn’t all for nothing. They’re making seven in-house software projects available to everyone for free on GitHub, the most popular destination for open-source software on the web, in the hope that other Democratic campaigns can build on what they developed during the campaign.

“We believe we’ll be the biggest open-sourcing of political tech that has happened,” said Mike Conlow, who was the campaign’s chief technology strategist. Few political campaigns are big and well-funded enough to develop their own software. Fewer still make that software open source.

COVID-19 has disrupted business-as-usual for organisations globally. While the long-term ramifications of the corona pandemic are yet to be ascertained, there are crucial lessons for businesses, vendors, and technology leaders to learn from the fallout.

In an exclusive interaction with TFIR, Rob Hirschfeld, Founder & CEO, RackN, shares his thoughts on how the corona scourge will impact business and technology, and how corporates can be better prepared to overcome the impending challenges.

“COVID-19 has led to a lockdown. As a result, all IT has to be rethought with the lens of – “I can’t get there, I can’t touch the gear, I can’t send people out”. Against such a backdrop, we have to build systems that are much more resilient, efficient, self-automated and self-repairing. There has to be more out-of-the-box capability,” says Hirschfeld.

When software and operating system giant Microsoft announced its support for inclusion of the exFAT filesystem directly into the Linux kernel back in August, it didn’t get a ton of press coverage. But filesystem vendor Paragon Software clearly noticed this month’s merge of the Microsoft-approved, largely Samsung-authored version of exFAT into the VFS for-next repository, which will in turn merge into Linux 5.7—and Paragon doesn’t seem happy about it.

Yesterday, Paragon issued a press release about European gateway-modem vendor Sagemcom adopting its version of exFAT into an upcoming series of Linux-based routers. Unfortunately, it chose to preface the announcement with a stream of FUD (Fear, Uncertainty, and Doubt) that wouldn’t have looked out of place on Steve Ballmer’s letterhead in the 1990s.

SUSE Offers Its Technologies For Free To Combat COVID-19

SUSE, one of the major open source software companies, is extending a helping hand to organizations that are producing medical devices to fight COVID-19.

“The current global pandemic requires more from us than simply trying to survive as companies and individuals,” said SUSE CEO Melissa Di Donato. “We have cutting-edge open source technology and know-how that can help others in the fight to save lives, and we will share it immediately and without charge.”

SUSE is offering free services such as support and maintenance for its operating system and container technologies to be embedded in and run those medical devices. These SUSE solutions are available immediately to help speed time to market for device manufacturers.

One of the most pressing shortages facing hospitals during the Covid-19 emergency is a lack of ventilators. These machines can keep patients breathing when they no longer can on their own, and they can cost around $30,000 each. Now, a rapidly assembled volunteer team of engineers, physicians, computer scientists, and others, centered at MIT, is working to implement a safe, inexpensive alternative for emergency use, which could be built quickly around the world.

The team, called MIT E-Vent (for emergency ventilator), was formed on March 12 in response to the rapid spread of the Covid-19 pandemic. Its members were brought together by the exhortations of doctors, friends, and a sudden flood of mail referencing a project done a decade ago in the MIT class 2.75 (Medical Device Design).

LibrePlanet 2020 ended on a high note with its second conference on 15 March 2020. There were a lot of things that were discussed in the online conference. However, one topic of discussion at the conference was centered on gaming on GNU/Linux systems. Developer Dennis Payne tried to look back and pointed out that Modern GNU/Linux no longer runs “older” free software games. There are workarounds to play old Linux games on the Modern GNU/Linux system, like installing the older version of the library. However, this process usually consumes a lot of time, and sometimes, it doesn’t even work.

Now, we all know that despite improving a little bit, Linux lags behind Windows in terms of gaming. Although various Linux distribution or platforms such as Pop!_OS, Manjaro Linux, Steam OS, GOG, Wine focuses more on strengthening gaming on Linux.

KubeCF Is What DevOps Wanted: Marrying Cloud Foundry with Kubernetes 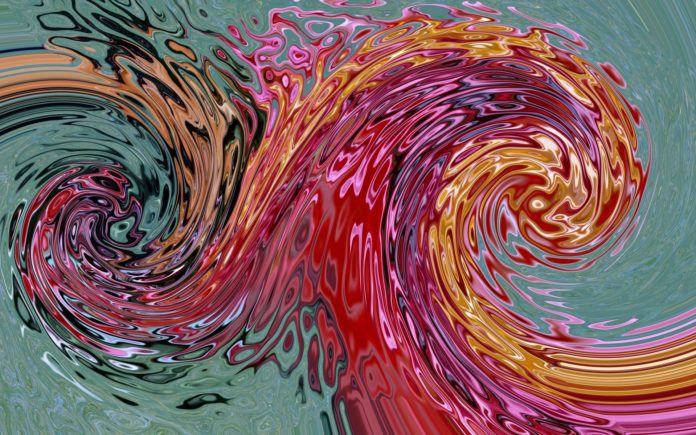 There are times when solutions that  seem to compete against each other turn out to be complementary. This is exactly what happened with Cloud Foundry and Kubernetes.

“Enterprises have moved on from the debate around Cloud Foundry Application Runtime or PaaS experience versus Kubernetes-based experience, and have opted to adopt both. The PaaS experience that Cloud Foundry offers is about optimizing developer time by allowing them to focus on business problems. Let them focus on the app they’re trying to build, not on the plumbing underneath it,” says Chip Childers, CTO at Cloud Foundry ​Foundation.

“There are plenty of use cases that don’t fit into a PaaS-style architecture. If you look at the breadth of architectures that a typical enterprise deals with, there are tons of applications that you need to just wrap the thing in a container and operate it that way,” he says.

Similarly, Project Quarks is another incubating effort within the Cloud Foundry Foundation that is focused on packaging the Cloud Foundry Application Runtime as a set of containers instead of virtual machines, enabling easier deployment to Kubernetes.

“Project Quarks took some code from SUSE called Fizzle. It would take the type of release artifact that our project teams were generally releasing for their component of the system, and work it into a usable Docker image. Then they would use Helm and some scripts to deploy that into Kubernetes,” said Childers.

There was, however, one crucial piece of the jigsaw missing.

“There was this code that SUSE had been working on. It was the basis of the SUSE product called SCF (SUSE Cloud Foundry). SCF became KubeCF. It creates a Kubernetes native distribution of Cloud Foundry,” reveals Childers.

KubeCF recently hit its 1.0 release. So, where does KubeCF go from here?

“Presenty, we can look at it as the easiest path to a Kubernetes-native Cloud Foundry for pure open search users. There are some other efforts that are happening in parallel that are taking a look at each component of the Cloud Foundry architecture. Project architects are working towards allowing people to take KubeCF, deploy the whole system to Kubernetes, and take advantage of the simplicity that gets enabled as code gets modified,” says Childers.

One of the strengths of the Cloud Foundry community is that it has always offered a distribution. There is still a distribution called CF deployment, which is based on a VM-centric architecture that uses the Cloud Foundry BOSH platform to orchestrate infrastructures and service environments (or virtualized environments like V-sphere) to deploy VMs and then run the system on top of it.

However, distribution also entails members of the ecosystem packaging it or dictating with their own offerings. In such a scenario, how can developers expect consistency across the distros?

“The commonality between both upstream releases — the CF deployment and KubeCF — lies in the components that they sew together to create the Cloud Foundry platform. The Cloud Foundry Platform certification continues to be based on the idea that a certified distribution uses those components in an unmodified way, and integrates them to create that developer experience,” Childers explains.

Operational consistency is less a concern for the ecosystem and the community because many of these providers are offering it as a service. “Those that do it as subscription-based software delivery have a lot of tooling around operations that’s specific to them plus all of the other values that they bring together,” Childers avers.

The KubeCF distribution has finally put the debate of ‘Do I use Kubernetes or do I use Cloud Foundry?’ to rest.

“The answer should’ve always been ‘You use both.’ The architecture fits one on top of the other very nicely, and overcomes the concerns of dual stacks,” says Childers.

With the ‘either-or’ debate over, Chip intends to further evolve this architecture, thereby offering an enormous amount of value to enterprises trying to deal with container-centric infrastructure management and developer productivity.

“We’ve completely re-converged as an ecosystem around embracing the Kubernetes-based infrastructure as being the most popular and rising approach. We’ve been evolving this architecture as a community for years now,” he says.

“There are huge engineering and commercial teams supporting Kubernetes. VMware has an enormous investment in Kubernetes, and it continues to increase that investment. With the acquisition of Pivotal, VMware also has a huge amount of investment in Cloud Foundry. It’s working aggressively on the mission of bringing the two together. We see the same traction with SAP, IBM, and SUSE, which presents a lot of opportunities for everybody,” adds Childers.