Linux Foundation Training (LiFT) Scholarships are back! Since 2011, The Linux Foundation has awarded over 100 scholarships for more than $220,000 in training and certification to deserving individuals around the world who would otherwise be unable to afford it. This year the foundation is giving out 500 scholarships to help aspiring open source professionals.

At the Open Source Summit in San Diego last summer, a representative from the Cloud Native Computing Foundation enthusiastically declared that open-source was entering its “golden age.” This raises two questions: What will that “golden age” look like, and how will open-source deal with its success? The evidence for open-source popularity is hard to dispute. Whether it’s the purchase of Red Hat Inc. by IBM Corp. for $34 billion in 2018 or surveys that show that at least 85% of businesses are using open-source software in some form, open-source has entered the mainstream enterprise world.

However, success can also breed conflict with existing business models. In the electrical world, this clash is often called “impedance,” a measure of the opposition to the flow of alternating current through a circuit. For one prominent member of the open-source community, handling “impedance” in the form of conflict between legacy infrastructure and new technologies will be a key part of the open-source future.

Open-source programmers and engineers have been working on a wide variety of projects to beat coronavirus. These range from hospital management programs to speeding up drug development to building inexpensive ventilators. Now, Debian Linux, one of the oldest and largest Linux distribution communities, is throwing its programming resources behind a hack-a-thon trying to beat COVID-19.

Huawei this week announced that MindSpore, a framework for AI app development the company detailed in August 2019, is now available in open source on GitHub and Gitee. The lightweight suite is akin to Google’s TensorFlow and Facebook’s PyTorch, and it scales across devices, edge, and cloud environments, ostensibly lowering the barrier to entry for developers looking to imbue apps with AI.

MindSpore, which has the backing of partners like the University of Edinburgh, Peking University, Imperial College London, and robotics startup Milvus, runs atop processors, graphics cards, and dedicated neural processing units like those in Huawei’s Ascend AI chips.

The DevOps tool GitLab offers paid and free versions, and now 18 additional features will be moved to the open source editions Core/Free. The developer community can contribute to the according issues and speed up the process—so now is the time to take a look and see which of the features you find most important.

Sid Sijbrandij, co-founder and CEO of GitLab Inc., has announced that 18 Gitlab features will move to the open source editions Core/Free.

Today, DataStax, the commercial company behind the open source Apache Cassandra project, announced an open source Kubernetes operator developed by the company to run a cloud native version of the database. When Sam Ramji, chief strategy officer at DataStax, came over from Google last year, the first thing he did was take the pulse of customers, partners and community members around Kubernetes and Cassandra, and they found there was surprisingly limited support.

While some companies had built Kubernetes support themselves, DataStax lacked one to call its own. Given that Kubernetes was born inside Google, and the company has widely embraced the notion of containerization in general, Ramji wanted there to be an operator specifically designed by the company to give customers a general starting point with Kubernetes.

What Value Does Alluxio Brings To The Presto Foundation? 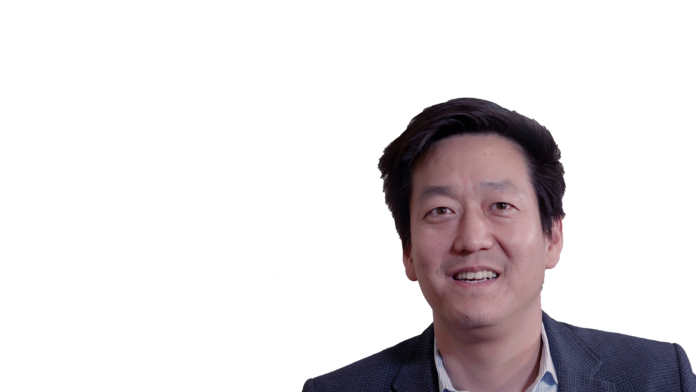 Swapnil Bhartiya: Let’s start with a bit about the Presto Foundation. What is it about? What does it do?

Steven Mih: The Presto Foundation is a project hosted under the Linux Foundation. It was created last year by companies like Facebook, Twitter, Alibaba and Uber. Alluxio is an open source project that is commonly used with Presto, the open source distributed SQL query engine, as well as other projects like Spark and TensorFlow. We support all these different frameworks. And since this was a foundation that was open to all, we decided to join it as one of the companies involved in that foundation.

Swapnil Bhartiya: If you look at the goals of the foundation, what value does Alluxio bring to it?

Steven Mih: The Linux foundation projects are all about open source, it’s helping grow the communities of these projects. With the Presto Foundation being hosted under the Linux Foundation, we work in an open source way to help develop the community and increase the adoption of the Presto project.

Alluxio is often used under Presto, so the value we bring is around accelerating the data to that. We recently developed a preview which now allows users to transform the data into the format that Presto is looking for. So we’re pretty excited about those things and we’ll be talking about that at PrestoCon that’s coming up at the end of March (now cancelled due to Covid-19).

Swapnil Bhartiya: Can you also explain how people, companies, developers use Alluxio with Presto and also give examples of some of the major use cases?

Steven Mih: One of the big use cases is that Presto is designed to query anything anywhere. It has connectors to different data sources, which can be in remote places. That’s where Alluxio is co-installed with Presto workers which allows users to make that data to be available and local. The result of that is extremely high performance.

In today’s customer environment, they oftentimes are doing more multi-cloud or hybrid and they have data in different sources. There could be data on prem. They can’t necessarily get to the cloud yet, or vice versa. There may be S3 buckets somewhere that they need access to. Alluxio makes all of that seamless for the Presto users.

Swapnil Bhartiya: Can you elaborate that a bit?

Steven Mih: You can now have a much local and higher performing system because the data is now cached locally to the Presto clusters. What it means for data in remote places is that the data infrastructure becomes a lot simpler. Without Alluxio with Presto, you’d have to copy that data and make different silos. The copies of that data need to be synchronized; it needs to be maintained. Users end up having a pretty big data wrangling challenge.

We call it the PAS stack, Presto, Alluxio and S3. That stack is becoming much more common now as users can add S3 to it, they can add HDFS to it in remote places and it just operates at a much higher level as if it’s local and very high performance. On top of that, we’ve added even more to this in our developer preview. We’ve added a catalog service as well as transform operations and we are really excited about how that adds to the picture.

WireGuard VPN makes it to 1.0.0—and into the next Linux kernel

We’ve been anticipating WireGuard’s inclusion into the mainline Linux kernel for quite some time—but as of Sunday afternoon, it’s official. Linus Torvalds released the Linux 5.6 kernel, which includes (among other things) an in-tree WireGuard. Phoronix has a great short list of the most interesting new features in the 5.6 kernel, as well as a longer “everything list” for those who want to make sure they don’t miss anything.

If this is the first time you’re hearing about WireGuard, the TL;DR is that it’s a relatively new VPN (Virtual Private Network) application that offers a leaner codebase, easier configuration, faster connect times, and the latest and most thoroughly peer-reviewed and approved encryption algorithms.

How to Use Linux’s screen Command

With the Linux screen command, you can push running terminal applications to the background and pull them forward when you want to see them. It also supports split-screen displays and works over SSH connections, even after you disconnect and reconnect!

What Is the screen Command? The screen command is a terminal multiplexer, and it’s absolutely packed with options. To say it can do a lot is the granddaddy of understatements. The man page runs to over 4,100 lines.

Take a look at the most common cases in which you would use the screen command.

Linus Torvalds tells devs to put health before next release

Linux overseer Linus Torvalds given the world version 5.6 of the Linux kernel, and been awarded the title “social distancing champ”. The latter accolade came from his daughter. But he’s tried to live the values it implies by telling the Linux community not to stress about the pace of kernel development.

“I haven’t really seen any real sign of kernel development being impacted by all the coronavirus activity – I suspect a lot of us work from home even normally,” he wrote.

“I’m currently going by the assumption that we’ll have a fairly normal 5.7 release, and there doesn’t seem to be any signs saying otherwise, but hey, people may have better-than-usual reasons for missing the merge window,” he added.