DevOps is one of the most highly sought skills employers are seeking to fill among 57 percent of respondents in the 2017 Open Source Jobs Report, from Dice and The Linux Foundation. Specifically, firms are looking for developers (73 percent) and DevOps engineers (60 percent).

This comes as no surprise, given that DevOps professionals come with a blend of development and operations skills, providing the ability for organizations to create a more efficient and collaborative working environment. Unlike system administrators, which the DevOps role evolved from, DevOps requires greater flexibility. Consequently, DevOps professionals often wear different hats as they are tasked with multiple responsibilities, including designing and maintaining systems as well as making software development more efficient.

In addition to being versed in the latest enterprise technologies, DevOps professionals “also have the soft skills necessary to operate collaboratively across any given organization,’’ according to Dice’s annual Salary Survey for 2017. “They can finesse their way through every stage of the software-development lifecycle, all the way through implementation.”

The DevOps role requires not only writing an application, but also understanding how the code operates in production and maintaining it, being mindful of things like performance and stability. It emphasizes the ability to both communicate and collaborate.

“A working DevOps pipeline is a thing of beauty to behold, and helps bring the vision of truly automated end-to-end application automation to life,’’ writes Bernard Golden in enterprise.nxt.

Overall, respondents say the use of open source technologies is becoming increasingly more important (42 percent) in a business strategy, with 58 percent of hiring managers stating they will hire more open source professionals in the next several months, the Open Source Jobs Report finds.

Yet, 89 percent of hiring managers say it is difficult to find the right mix of experience and skills, a similar finding to last year’s 87 percent, according to the report. Meanwhile, 86 percent of open source professionals believe that knowing open source has advanced their career, and 52 percent say it would be easy to find another job. Only 27 percent report they have not received a recruiting call in the past six months.

Emphasis on the cloud and open source

Among the other notable findings in the Open Source Jobs Report is the assumption that Linux is increasingly running underneath work involving cloud and DevOps. Chef, Puppet and Ansible are the most popular DevOps tools and were created as open source with Windows support added later.

As more and more workloads and applications are moved to into the cloud, demand is growing for skills in cloud administration, DevOps and continuous integration/continuous delivery. This is also fueling greater interest in training and certifications related to open source projects and tools that power the cloud, the report notes.

Further illustrating the predominance of Linux in the cloud is the fact that the system underpins Google’s and Amazon’s public clouds. And, Microsoft has said that about 30 percent of Azure instances also run on Linux, with the percentage rising to as much as 50 percent on new workloads. The software giant continues to add to its open source footprint with Linux container and Kubernetes tools.

The highest-paying DevOps skills are generally focused on automation and configuration management, the Dice salary survey finds. This makes sense, the survey points out, given that platforms including Ansible automate tasks like software provisioning, ensuring that DevOps professionals can perform their job regardless of thesize of the organization.

The good news is demand for DevOps engineers in North America is expected to continue to be high next year, according to the 2018 Robert Half Salary Guide for Technology Professionals. This is especially true if candidates have solid communication and interpersonal skills, the firm notes.

The report finds the hot vertical industries for next year are healthcare, financial services, and manufacturing. 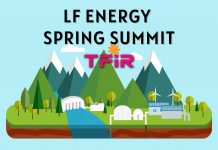 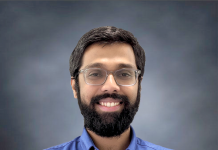 Linus Torvalds on where Rust will fit into Linux (ZDNet) 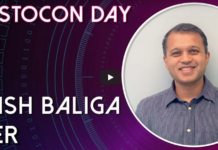