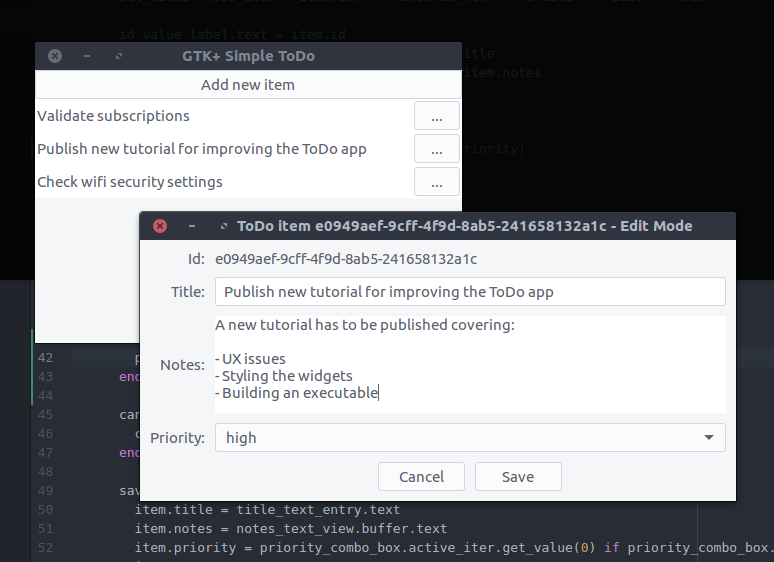 This is a detailed tutorial for creating a Linux desktop application with Ruby using the GTK+ bindings for the language. The article covers many aspects including usage guides for the Glade tool for building the user interface. The tutorial’s code is available on GitHub here.

Lately I was experimenting with GTK and its Ruby bindings and I decided to write a tutorial introducing this functionality. In this post we are going to create a simple ToDo application (something like what we created here with Ruby on Rails) using the gtk3 gem a.k.a. the GTK+ Ruby bindings.

Note: The code of the tutorial is available at GitHub.

GTK+, or the GIMP Toolkit, is a multi-platform toolkit for creating graphical user interfaces. Offering a complete set of widgets, GTK+ is suitable for projects ranging from small one-off tools to complete application suites.

..and about its creation:

GTK+ was initially developed for and used by the GIMP, the GNU Image Manipulation Program. It is called the “The GIMP ToolKit” so that the origins of the project are remembered. Today it is more commonly known as GTK+ for short and is used by a large number of applications including the GNU project’s GNOME desktop.