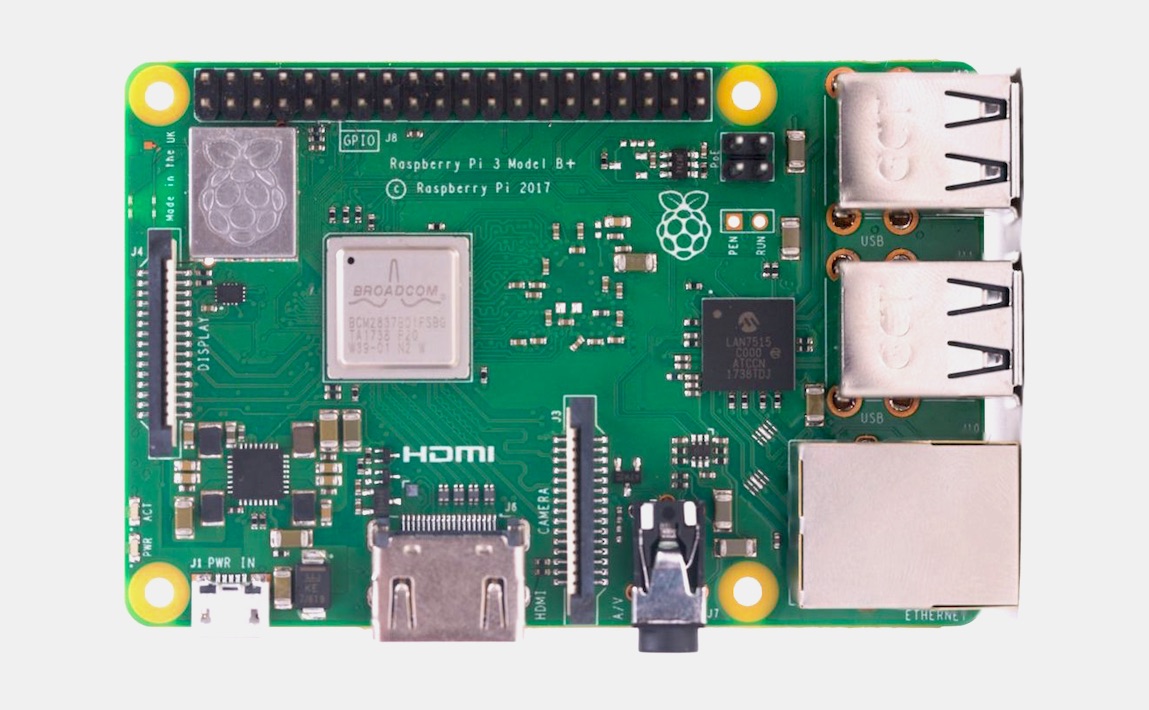 The Raspberry Pi 3 Model B+ won our 2018 reader survey as the most popular community-backed, Linux/Android hacker board under $200. The survey, run in partnership with LinuxGizmos.com, asked readers to select their favorite boards from among 116 community-backed SBCs that run Linux or Android and sell for under $200. All 116 SBCs are summarized in LinuxGizmos’ recently updated hacker board catalog and feature comparison spreadsheet. (Downloadable versions of the spreadsheet may be found here.)

The sample of 683 fell far short of the 1,705 survey respondents for the June 2017 survey and the 1,721 voters in 2015, but it beat out the 473 total for the 2016 survey. Considering the modest sample, the survey may not be highly representative of market share, but it’s still indicative of enthusiasm.

To rank the boards, we used Borda Count scoring, in which we tripled the number of first choices, then doubled the number of second place selections, and added the two results to the unadjusted third-choice amount. The top 10 boards are shown in the chart below:

The Raspberry Pi 3 Model B+, which builds upon the RPi 3 Model B design with a faster Broadcom SoC, faster WiFi and Ethernet, and optional PoE, earned a Borda score of 811. This was about twice the score of the second place (414) UDOO X86, which is one of the most powerful of the handful of x86 based hacker boards.

If you prefer a top 10 list based on first choice only, the top 7 rankings would stay the same, but the Odroid-C2, RPi Zero, and BB Black Wireless would drop lower. This would make way for the UP Squared, Odroid-N1, RockPro64, Orange Pi Zero H2+/Zero Plus 2 H3/Zero Plus 2 H5, and the Rock64, all of which had higher first-pick scores.

Although the small size of the sample makes it difficult to read too much into the rankings, two trends seem clear: First, SBCs with Raspberry Pi like dimensions and 40-pin expansion connectors continue to do well. Second, it’s tough for a new board to break into the top ranks, at least among LinuxGizmos readers. Seven of the top 10 Borda-ranked boards were also in last year’s top 10, and the RPi 3 B+ was the only top 10 board that was not available a year ago.

A few newcomers did, however, break into our 11-20 ranked group, including the RockPro64, Orange Pi Zero H2+, and DragonBoard 820c. The top 10 list also includes a board that will never see the light of day. We included the Odroid-N1 with the expectation that it would ship on time in June, but Hardkernel’s Odroid project just announced that the Rockchip RK3399 based SBC has been cancelled in favor or an Odroid-N2 model with an unnamed new SoC within 5-6 months.

In addition to asking survey participants to list their favorite boards, we asked about buying criteria and intended applications. The year-to-year consistency we’re seeing in the answers suggests that a 683 sample may be more significant than we thought. In ranking buying criteria, for example, the rankings were very similar. High-quality open source software again led the list as the top priority, while networking/wireless I/O swapped with community ecosystem for second and third places.

In a separate question about more general usage, the maker/hobbyist segment once again led the way, but by a smaller margin. The other three categories increased, with the research and commercial categories seeing the largest gains.

Fifteen randomly selected survey participants will receive a free hacker board in the coming weeks. Many thanks to all the participants who voted, as well as the vendors who donated boards.