“Technology is not neutral. We’re inside of what we make, and it’s inside of us. We’re living in a world of connections – and it matters which ones get made and unmade.” ¬Donna J. Haraway

The body is the best and the only tool that the human being has for life; it is the physical representation of who we are, the container in which we move and represent ourselves. It reflects our identity, the matter that represents us socially.

Human beings have differentiated themselves from other animals by creating tools, using elements that increase their physical and mental capacities, extending their limits, and mediating the way they see and understand the world. The body is, thus, transfixed and intermediated by technology.

In the contemporary era, technological progress has led to global interconnection. Global access to the Internet has become the main propeller of globalization, a democratizing and liberating weapon.

It is a place where the absence of corporeality manages to resituate us all at the same level. It is a pioneering experience in which the medium can favor equality. It offers a space of representation in which anonymity and the absence of gender and ethnic and cultural constraints facilitate equal opportunities.

The absence of a previous reference, of a historical past, turned the Internet into a “temporary autonomous zone.” A new space was thus constituted where identities could be expressed and constructed in a freer way. In this way, the Internet has provided oppressed collectives and communities with a means of alleviating cultural and gender biases in which people express themselves free of socio-political pigeonholing.

This same idea can be extrapolated to the new workspaces within technology. The modern workshop is on the network and is interconnected with colleagues who live in any corner of the world. This situation leads us to remote teamwork, multiculturalism, and all the positive aspects of this concept, creating diverse and heterogeneous teams where nationalities, ethnicities, and backgrounds are mixed.

In this idyllic world of the liberation of identities and construction of new spaces to inhabit, the shadows of the physical world, with a dense and unequal past, creep in. Open source projects have faced all these opportunities and constraints in the last years, trying to achieve the goals expressed within the heroic times of the internet in the ’90s.

Opening doors: For whom? For all?

AsyncAPI is an open source initiative sustained and driven by its community. It is a free project whose objective is to be made up of all the people who want to be part of it. It follows the basic idea of being created by everyone for everyone.

Being part of the initiative is simple: join the Slack channel and contribute through GitHub. People join freely and form a team managing to take this project to a high level.

But all freedom is conditioned by the context and the system surrounding it. At this point, AsyncAPI as a project shows its limitations and feels a bit constrained. Talking about an open, inclusive, and enthusiastic community is a start.

There is no widespread access and literacy to technology in all geographical and social contexts. Potentially and hypothetically, the doors are open, as are the doors to libraries. That does not mean that everyone will enter them. The clash against the glass ceiling makes up the technology field, specifically in software development. This conflict emerges from the difficulties of having a multicultural community rich in gender or ethnic identities and equality due to the limitations of the field.

In 2019 the number of software developers worldwide grew to 23.9 million and was expected to reach 28.7 million software engineers by 2024. In these promising numbers, there are huge inequalities. The majority of developers come from specific world areas, and women represent only 10% of the total.

Towards a utopian future: Let’s try it!

The data shows us that beyond the democratizing possibilities of the Internet, most of the advances are only hypothetical and not real. We can see approximately the same numbers reflected in the AsyncAPI community. The community is aware of what is happening and wants to reverse this situation by being more heterogeneous and multicultural. That’s a challenge in which many factors influence.

Tackling this situation, AsyncAPI has grown in all directions, creating an ecosystem that embraces variety. It comprises a community of almost 2,000 people, of more than 20 different nationalities from very diverse cultures, ethnicities, and backgrounds.

AsyncAPI was born as an open source initiative, a liberating software model in every sense, a code made by all and for all. It is not a model closed exclusively to the technological field but a movement with a solid ethical base that crosses screens and shapes principles. That is why AsyncAPI is committed to this model. No matter how many external factors are against it, there is a clear direction.

The decisions taken now will be vital to building a better future – a freer and more inclusive one –. We do not want a unidirectional mirror where only some can see themselves reflected. The key is to search for a diverse and multifaceted mirror.

Aspiring to form a community that is a melting pot of cultures and identities may seem somewhat utopian, but we believe it is a worthy goal to keep in mind and for which to strive. Proposals are welcome. Minds, eyes, and ears always remain open. Let us at least try it. 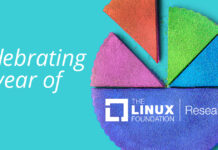 LF Research: One Year Recap and Imagining the Future  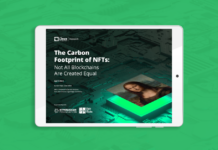 NFTs should be green, too