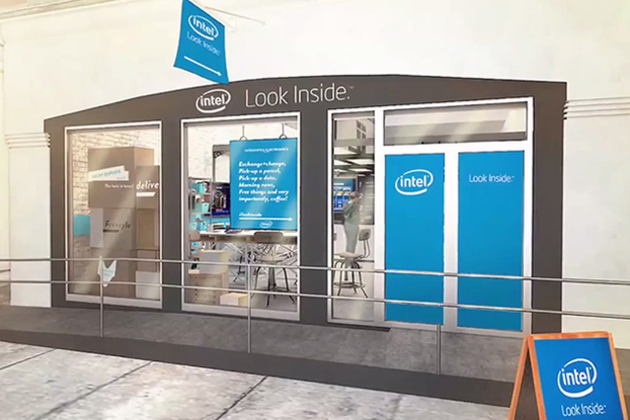 Intel might be known for its processors inside PCs, but the company is now experimenting with a line of retail stores this holiday. A range of Intel “experience” pop-up stores are set to debut shortly, with the first opening in New York on November 23rd. The stores are designed for the holidays, and are only open until late January. In a promotional video, Intel claims it’s “redefining retail” with free coffee each day, free movies on Fridays, and a showcase of PCs, tablets, and other Intel-powered devices at the stores.

The pop-up stores will change physically three times daily, and it appears that Intel has built a dynamic layout to help shift products around in its retail stores….