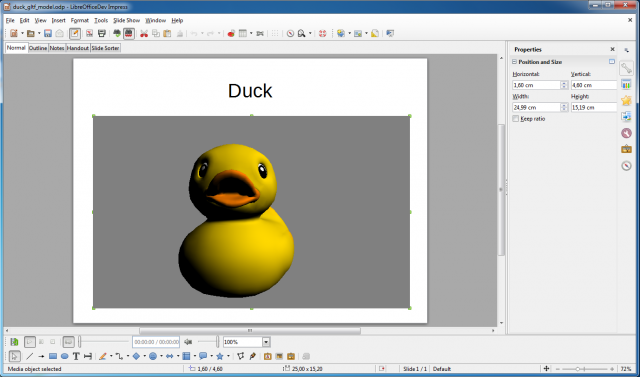 A 3D duck in the latest version of LibreOffice Impress.
Document Foundation

LibreOffice’s latest release provides easier ways of working with spreadsheets and the ability to insert 3D models into presentations, along with dozens of other changes.

LibreOffice was created as a fork from OpenOffice in September 2010 because of concerns over Oracle’s management of the open source project. LibreOffice has now had eight major releases and is powered by “thousands of volunteers and hundreds of developers,” the Document Foundation, which was formed to oversee its development, said in an announcement today. (OpenOffice survived the Oracle turmoil by being transferred to the Apache Software Foundation and continues to be updated.)