After undergoing a successful independent security audit earlier this year, IVPN has announced that it will open source all of its VPN clients. The VPN provider’s Android, macOS, iOS and Windows apps are now open source under the GPLv3 license.

However, this is just the first step in IVPN’s multi-year plan to open source many other parts of its service. The company’s next step is to release key parts of its infrastructure to the public with end goal of enabling anyone to set up and verify its VPN server configuration. 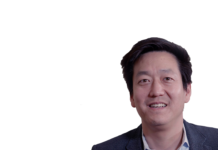 What Value Does Alluxio Brings To The Presto Software Foundation?