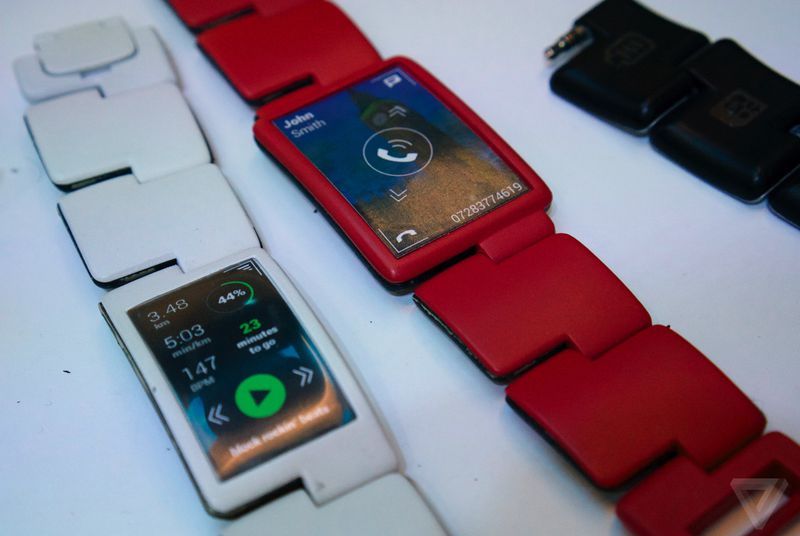 Earlier this year, Phonebloks announced intentions to move beyond developing modular smartphones (something it is doing in partnership with Google under Project Ara) and build its own modular smartwatch called Blocks. Here at CES, Phonebloks is showing off some very early prototypes and mock-ups of what Blocks might eventually look like and how it could work.

Phonebloks was exhibiting at Intel’s massive booth on the CES show floor as one of the participants in the company’s “Make it Wearable” competition â€” and while we couldn’t actually get a sense for what using the Block will be like, we did get a good idea of how the whole modular smartwatch concept could play out.

Essentially, the heart of Block is the watch face â€” that specific…