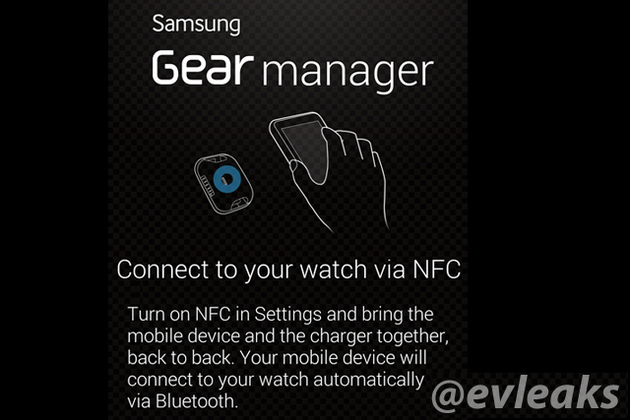 Prolific leaker Evleaks has posted a pair of screenshots that detail the management app for Samsung’s new smartwatch, the Galaxy Gear. According to the images, the watch, which Samsung has confirmed will be shown at IFA in Berlin next week, will be managed by an Android app that allows you to change clock faces and load new apps via the Samsung Apps store. It’s a similar system to that used by Sony’s SmartWatch series and the successful Pebble watch. The screenshots also show NFC will help pair the Gear with your phone, as well as revealing an option to “Find my watch.”