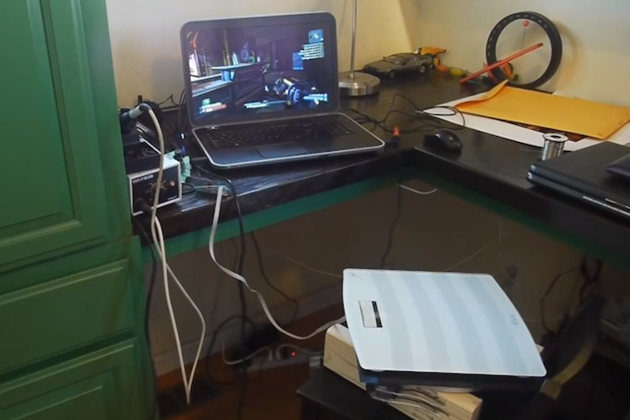 Just about every console maker has revealed details of odd, inventive controllers that theyworked on and abandoned, but rarely do we actually get to see what such novel control schemes look like in action. Though they’re personal projects, Valve engineer Ben Krasnow has released videos showing off two devices he’s made that allow video games to be controlled by the tongue and by how a player is sitting. Krasnow calls the latter device a “posture-based” controller, which allows users to move around a game world by sitting on it and shifting weight on their butt forward, backward, or side-to-side. It takes the shape of a large pad, and it also allows gamers to swivel left and right to look around.