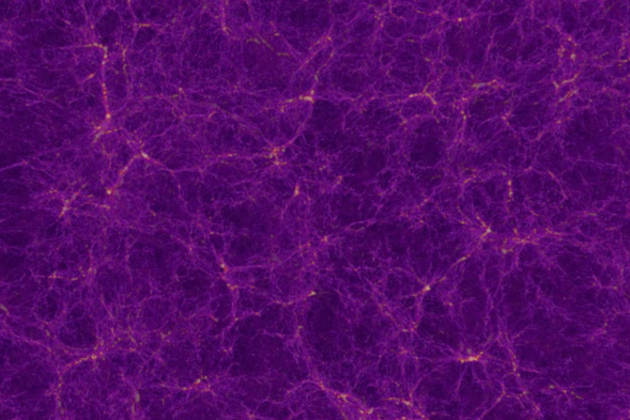 This purple star map is our best guess at the shape of the universe at half its current age, according to a new simulation from a research team at Argonne National Lab. The project is called the Hardware/Hybrid Accelerated Cosmology Code (HACC), an attempt to use supercomputers to model the intricate physics of mass in an expanding universe. The project tracks roughly 1.1 trillion particles as they expand and cohere, nearly four times larger than the scale of previous simulations. The hope is that by understanding the patterns of matter in the universe, cosmologists can track down the dark matter that experts estimate composes roughly 25 percent of our universe.

Courtesy of J. Insley and the HACC Team at Argonne National Laboratory