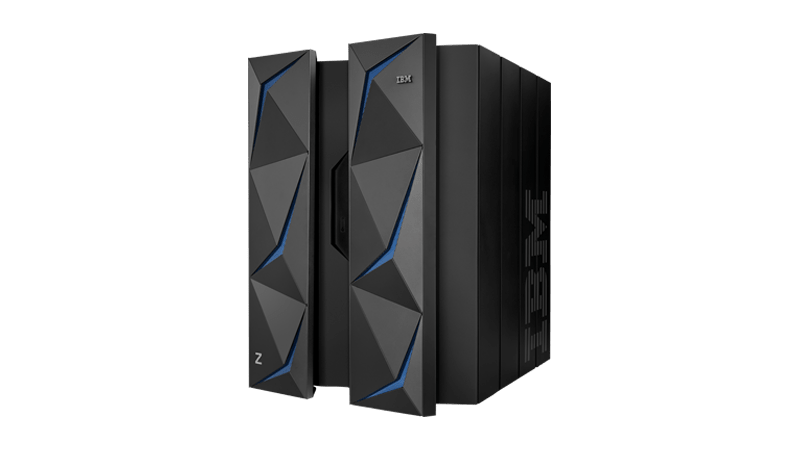 When mainframes were mainstream, many software professionals in the industry today were not even born yet. Mainframe computers have an extensive history, which makes it tempting to call them old, but today’s mainframes are extremely mature, fast, reliable and powerful. In fact, they are critical to the modern economy: Top airlines, banks, insurance companies and health care corporations rely on mainframe computing.

One of the organizations keeping this technology with the times is IBM, with its IBM Z family of mainframe computers. Some of these mainframes—like the 31-bit s390 and, later, the 64-bit s390x architecture—were originally designed and built in the 1960s, and they have continued to evolve and modernize.

“IBM still sells a lot of these even today,” said Elizabeth K. Joseph, a seasoned open source advocate who recently joined IBM as the developer advocate for its Z architectures. These machines run operating systems including z/OS, z/VM, z/VSE and z/TPF, as well as Linux-based distributions like Red Hat Enterprise Linux and SUSE Linux Enterprise Server.

With Linux, mainframes can run modern languages, toolings and CI/CD pipelines. If it runs on Linux, it can run on Z.

Joseph gave one of her favorite examples of running Linux on Z. If someone is using encryption, they don’t have to install any binary blob from IBM to leverage the hardware encryption. It’s just a config file that can be added to openSSL. There are crypto processors on each processor, which give users access to these powerful encryption technologies.

However, mainframes still have an identity crisis. Most people think they don’t belong to the modern world dominated by x86 architectures, virtualizations and containers.

That’s the perception that Joseph is trying to change. One of her goals is to evangelize Z to modern Linux developers.

Why would Linux developers ditch the cloud or the omnipresent x86 platform and embrace Z? Joseph herself is an ideal example of a Linux and open source developer. She got attracted to Z for many different reasons, some technical and some rational.

First and foremost, she says that contrary to popular belief, the AWS cloud can become extremely expensive very quickly. “You can incur monthly bills in hundreds of thousands of dollars,” Joseph said. People have started to look at on-premises architectures as an alternative to AWS. However, they think that x86 is their only choice, which is far from true.

“You can use ARM if you need power efficiency, and you can use Z if you want uncompromised experience. X86 isn’t the only option people have,” she said.

Google made x86 popular; it used to be viewed as a cheap platform that was nonetheless unreliable and inefficient. Joseph recalls a discussion with one of her associates who said that “the world couldn’t survive the growth of these x86 farms.” When she asked whether he meant it was too expensive or bad for the planet, he said, “Both.”

However, if you look at processing power, you have these separate, individual machines consuming massive amounts of resources. It’s much more economical and efficient to power and cool one mainframe as compared to thousands of x86 servers.

The same goes for software. Managing software on one mainframe is much more efficient and economical than managing it on thousands of x86 servers to get the same computation power.

The unending Spectre and Meltdown saga has rubbed salt in the wound. These exploits are not going away; it’s a design flaw in modern processors that allows programs to steal the data being processed on the computer. Mitigating these vulnerabilities results in heavy performance penalties.

“There can be exploits for any platform, but a user should not have to suffer heavily,” Joseph said.

She also said that she doesn’t believe in one particular option always being used over another; she thinks people should embrace diversification of architecture.

“If one platform goes down, you should be able to switch to something else without having to suffer any losses,” she said

On top of that, mainframes offer unmatched redundancy, something that’s critical in on-premises setups. “You can pull out the power, and there’s another power. If the CPU dies, there’s another CPU there. You get a storage array of hundreds of drives,” Joseph said. “In fact ‘Z’ stands for ‘zero downtime.’ These machines essentially never go down.”

Together, Z and Linux create a formidable force. They combine the best of the hardware and software worlds, creating an ideal platform to run modern workloads.

As part of her evangelism for Z, Joseph is offering Linux developers with virtual machines a mainframe that they can use for free for four months. “Just ssh into the mainframe and start using it,” she said.

As a developer herself, Joseph believes that a developer should target multiple architectures.

“It makes you a better programmer, as you don’t get so insulated into one platform.”