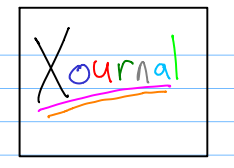 Xournal is a great Linux note-taking tool. I chose it because I don’t need the multi-platform or networked aspects of Jarnal, and appears to have more useful features than Gournal or NoteLab though NoteLab looks like it could hold its own weight, depending on the intended use.

There are several paper types available, such as notebook paper or graph paper, but because this tool can also be used to annotate PDF files, you could also print out many assorted sizes and styles of graph paper here,then annotate them inside of Xournal. NoteLab lacks this feature, which looks like a deal-breaker to me. Xournal very well with my Thinkpad X41 tablet PC, and allows me to keep digital copies of notes that I previously would have put on paper. I can see this program being very useful when I do my sysadmin work on site, especially when sketching out preliminary network topologies and other notes. 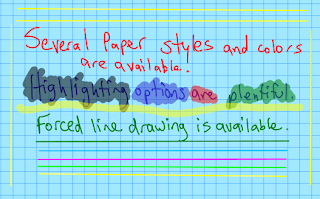 I also like the “undo” feature, as it saves me from the typical scribbling that I do with a regular pen.

Go to zootlinux.blogspot.com for more tech news and cool stuff!