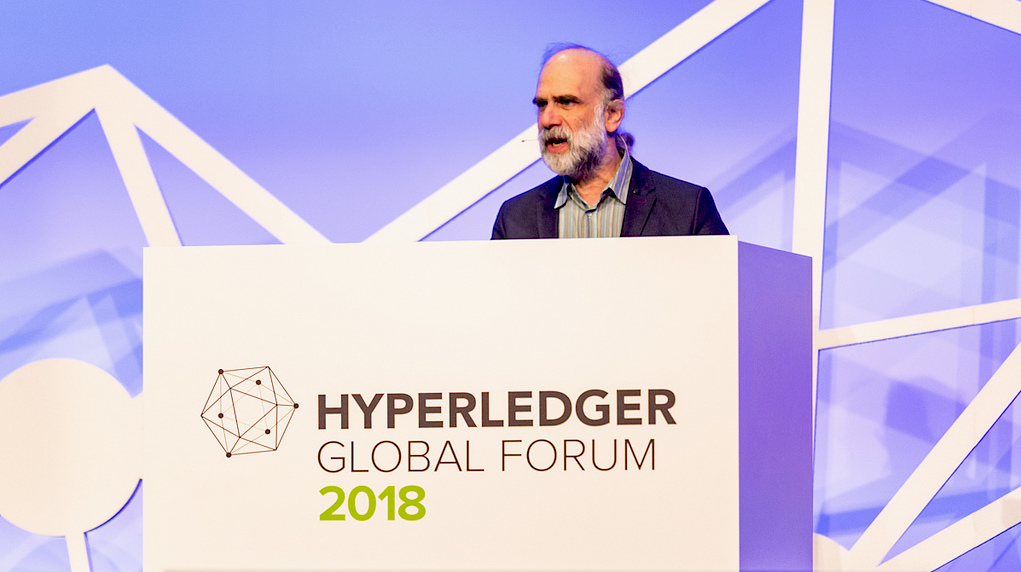 Blockchains have to be trusted in order for them to succeed, and public blockchains can cause problems you may not think about, according to Bruce Schneier, a fellow and lecturer at the Harvard Kennedy School, in his keynote address at December’s Hyperledger Global Forum on “Security, Trust and Blockchain.”

Schneier began his talk by citing a quote from Bitcoin’s anonymous developer, Satoshi Nakamoto, who said “We have proposed a system for electronic transaction without relying on trust.”

“That’s just not true,’’ Schneier said. “Bitcoin is not a system that doesn’t rely on trust.” It eliminates certain trust intermediaries, but you have to somehow trust Bitcoin, he noted. Generally speaking, the Bitcoin system changes the nature of trust.

Schneier called himself a big fan of “systems thinking,” which is what the issue boils down to, he said. This is something that is in too short supply in the tech world right now,’’ he maintained, and “we need a lot more of it.”

Schneier’s talk focused on the data structures and protocols that make up a public blockchain. He called private blockchains “100 percent uninteresting,” explaining that they’re easy to create and secure, they don’t need any special properties, and they’ve been around for years.

Public blockchains are what’s new, he noted. They have three elements that make them work:

All the pieces fit together as a single system, and whether they can achieve anything gets back to the issue of trust, he said.

Read more and watch the complete presentation at The Linux Foundation.