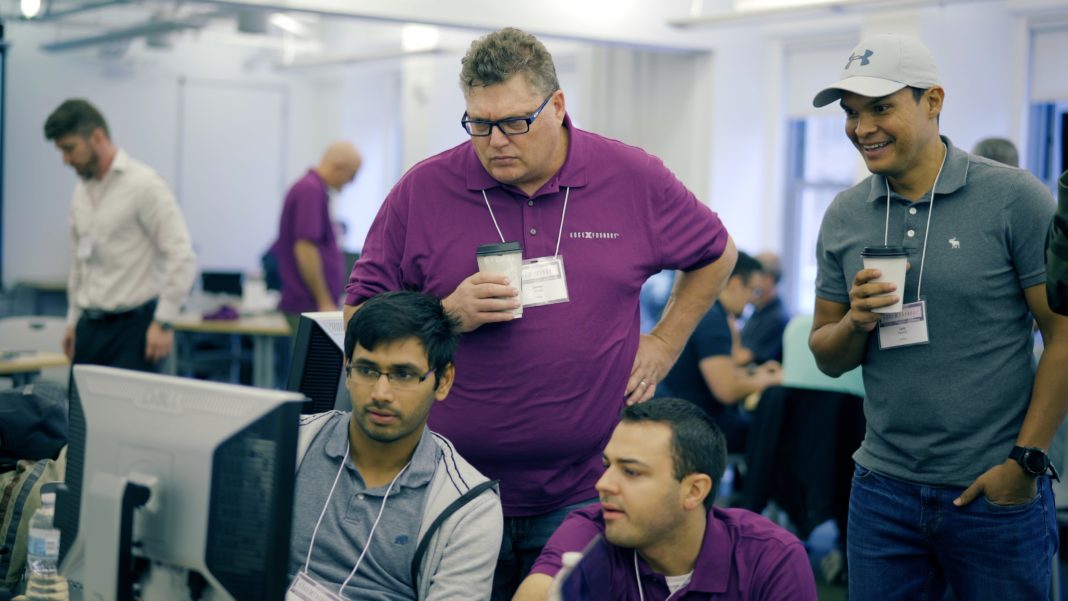 According to a report by ResearchAndMarkets, the global internet of things (IoT) in retail market size is expected to reach USD 94.44 billion by 2025, exhibiting a 21.5% CAGR during the forecast period.

However, despite these projections, one of the biggest challenges retailers face when they plan to embrace IoT devices is fragmentation. There are hundreds of IoT platforms and hundreds of various generations of the same platforms.

“You may find retailers with points of sale or network environments that are 10 to 15 years old. There are thousands of different point of sales systems, thousands of providers,” said Eran Harel, VP Business Development of AppCard. There are many different clouds, APIs and services; none talking to each other. IoT seems more like an obstacle than an opportunity for retailers.

These retailers need help on two different fronts 1) they need a common platform that could be deployed across their business and could talk to different devices and services. 2) They need help making educated decisions by having an RFP kind of a platform that allows them to deploy it in a faster and more economical way.

“EdgeX Foundry is trying to provide a platform that dissolves that fragmentation,” said Jim White, one of the early developers of EdgeX Foundry who now serves as the CTO of IOTech Systems.

White said that EdgeX Foundry is quite close to becoming the standard for IoT platforms. “If it’s not a standard, it’s certainly that platform which helps customers bridge the gap between devices, cloud and services,” he said.

“One of the things we hear from retailers is that it is incredibly challenging, especially at the scale of our members, to try to implement different technologies in ways that are going to work, that are going to be cost effective and that are going to enable them to have flexibility in what they do, particularly in store,” said Nicholas Ahrens – Vice President, Innovation – Retail Industry Leaders Association (RILA).

Building a bridge at the edge

LF Edge, the host of EdgeX Foundry project, collaborated with RILA to organize a two-day hackathon for developers to build IoT solutions for the retail-use cases. The goal of the hackathon was to use EdgeX Foundry and other open source projects to solve some of the most pressing retail problems in the most innovative and creative manner.

Building a demonstrable solution within two days is a feat in itself. Companies that applied to participate in the hackathon did do a lot of homework, but organizers threw in a mystery ingredient – an IP camera – which challenged these participants to show how quickly they could improvise which created a level playing field.

“One of the things we wanted to see was how quickly people can take a base project and adapt solutions that are going to work in a real way,” said White.

Scott Gregory, Retail Solutions Mobile Engineering, Hewlett-Packard sees the hackathon as an opportunity to “gauge how mature the technology is because in the end, it’s a technology that needs to find a place in production.”

Despite the overly competitive nature of the participants, they also worked together in a true open source manner. They learned from each other and shared ideas.