Swapnil Bhartiya interviews Jaskirat Singh, Founder, Codeuino on behalf of the Linux Foundation. Here is the transcript of the interview:

Swapnil Bhartiya: Hi, this is Swapnil Bhartiya and today we have with us a special guest from India, Jaskirat Singh, founder of Codeuino, an open-source project or a community, that’s building amazing software for social networking. Jaskirat, first of all, welcome to the show. Now, tell us a bit about the project itself.

Jaskirat Singh: Codeuino is basically a social networking community that takes into the account of only social environment projects, like the Donut project, the Codebadge project, and the Spenceberry project.

Swapnil Bhartiya: So, basically it’s like an open-source community that is creating software targeted at social networking solutions.

Jaskirat Singh: Well, we just build the software side. So we have projects which any other external communities, any other projects, can use in their own way. We just provide a set of projects to make it available for the other external projects, other communities too. And those things can be used in their customization since it’s open-source and it’s free.

Swapnil Bhartiya: Now, you’ve mentioned three projects. One of the projects that I am personally interested in is project Donut. Tell us a bit more about the Donut project.

Jaskirat Singh: Donut is basically an open-source, feature-rich, and highly privacy-friendly social media platform. It is not a replication of Facebook. It’s a platform that has been built for community-oriented collaborations, in a customized way. It’s built on the Node.js framework that helps other communities to set-up their own platform.

This will act as the bridge between their projects and their users of the community. So this is basically a social media platform. And this comes with an expansive set of a library of modules, where you can even customize with some external as we have mentioned. We have an appropriate mechanism inside this Donut platform where you can organize, you can create more features inside the Donut platform itself with one click. So this is something which even helps you to create your own features, functionalities inside the Donut platform.

Swapnil Bhartiya: Now, if you look at history, there have been many efforts to create open-source solutions for social networking. I mean, Mastodon is a very good example, which did not get the kind of traction we expected it to get. So how different is Donut from these open-source efforts?

Jaskirat Singh: The world we currently live in is full of jarring technologies. And with each passing day, new software or gadget is brought into the market which tends to improve our lives in one or the other way. Communication technology has enabled new approaches to the external communities project and end-users in which stakeholders across various sectors are engaged in consensus building, and basically in the implementation process. So basically this Donut project allows the users to have one-on-one interaction with their own community.

So this is basically a platform that would help bridge the gap between the communities, their own workings, their own working ethics, and the targeted users, which gets involved with the communities because for every open-source community or every open-source project the most prioritized thing is their users. And every community, usually within the open-source, basically depends on the contribution they receive from the external users. So I think, this is something which would help engage the external users with their projects and they would be able to organize their own stuff on this particular self-hosted version of their own Donut on their server. So, this is something that will act as two sides of the Facebook network, which is a social media platform.

Swapnil Bhartiya: Who is the target audience of Donut? If I’m not wrong, you seem to be looking at business-to-business or B-to-B space and not at business-to-consumer or B-to-C space. Is that correct?

Jaskirat Singh: Okay. Basically, if I talk about the targeted audience, so targeted audience in the sense, this is available to the communities. Suppose if I talk about a Linux Foundation community, it has got quite a lot of users, right? So, to sustain those users with their own communities, and to keep them updated about the stuff, and engage them with the external stuff like their media or even the projects, events and other things. So this is something that would help engage both the external communities as well as the targeted users for those particular communities.

Swapnil Bhartiya: And you have also been accepted into Google Summer of Code. What has been that experience so far?

Jaskirat Singh: We are involved in many major development programs like Google Summer of Code, Google Code-in, Google Season of Docs. We are currently in the phase of Google Summer of Code 2020. So, I think participation through these programs has enabled us to grow our community of various developers and other activists. And I think being a social networking community it fulfills a social need to interact with various other activists, researchers, designers, and developers across the globe.

Swapnil Bhartiya: I also want to know a bit about how widespread is the community. I do understand that it originated from India, but tell us a bit about where its developers are, is it specific to a region or it’s a global phenomenon?

Swapnil Bhartiya: Now, I want to take a step back. I understand a lot about the project. I want to know the story, why and when you got the idea to create this project? What problem did you see in this market that you wanted to solve with it?

Jaskirat Singh: Oh. Well, I just want you to know, when I started with this project, I was around 14 years old, and the major problem for me was to seek some contribution, like how to basically set up the foundation for this particular project. Because, I actually got to know about the open-source stuff from one of the contest by Google, which is named as Google Code-in. And after that, it really made me research how social media platforms are made. So I was wondering, how about if every community and every project have their own Facebook? So this is something that helped me and motivated me to research these topics. I started brainstorming around why there is a need for social environments, why there is a need for a community bridge between the users, why there’s a need for sustainability within any community or any project.

This motivated and encouraged me to start with this particular project, and with this growing project, we had a chance to integrate other projects like discussion forums with this social media platform and the project, which measures the health of the user. So it’s all about getting all in one place. Even more importantly, this type of project doesn’t exist for now. We would be the first one to do it.

Swapnil Bhartiya: Now, one of the critical pieces of any project especially open-source projects is funding. So how are you funding or sponsoring the project?

Jaskirat Singh: Well, for now, we don’t have enough funding. We don’t receive enough funding for now, but whatever the funding we receive, is basically from the development programs, and anyone like I just had Google Summer of Code, and those are the things, they usually pay, they support some open-source communities who do participate. So this basically, we are even looking forward to having financial support from the communities, some large base communities, and where we could help grow our market, we could have grown our development phase, so this is something. Even now if I talk about, I would really like to thank Linux Foundation, because the Linux Foundation recently is supporting us, and even we got approved for a Linux Foundation’s new CommunityBridge Mentorship program, where Codeuino is participating with the two mentees. So I think this is something we are really excited about.

Swapnil Bhartiya: Right. If you look at open-source, the commercialization of open-source is critical to the health of the project, and its ecosystem. It ensures that the project has some longevity. Do you have any plans to commercialize Donut?

Jaskirat Singh: Now, basically yes, because currently, we have a lot of goals. We are currently in a phase of making this reach to some external markets as well, making it a more viable product at a production level. And we are heavily working on this Donut platform, and other interlinked projects to have security and vulnerabilities related stuff, because if any community use this platform for their own, like for on their self… So the very first priority would be to have that security, right? So security and privacy play the most important part of any community. So this is something we are really trying to build on, and really trying to make it more secure, so that this could be reached to the major production level, and this could be used by many other communities and projects.

Swapnil Bhartiya: Can you talk about what does your roadmap for the year look like?

Jaskirat Singh: Basically, the very first priority for us would be to seek some funding from the communities and from the projects, because funding plays a vital role for us because we have to… Because basically, for any open-source community or project, they usually depend upon the contributions they receive from the external users. So this is something which would help us to enable and get into the markets, and organize some meetups, organize some of the development sprints, online hackathons, where we could introduce the project, and we could have the better improvements inside the platforms we are working on.

I think, adding AI to projects would even enable us to seek some more growth. So this is something we really plan to do this in particular, this year.

Swapnil Bhartiya: That was great. Thank you, Jaskirat Singh, for taking time out and talking to me today. Good luck with your project, and I look forward to talking to you again, once you hit some of those milestones on your roadmap. Thank you.

Jaskirat Singh: Sure. Thank you. Thanks a lot. 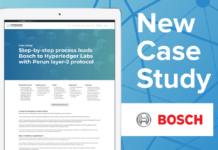 Bosch leverages open source model; teams with PolyCrypt to tackle blockchain for the Economy of Things 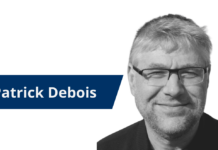 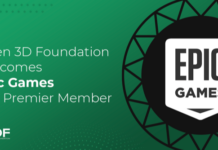 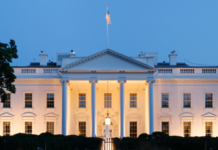 Takeaways from the White House Cyber Workforce and Education Summit