Try These 2 Things Before Choosing Your Desktop Linux OS

When macOS users decide “OK I’m done with the Apple ecosystem” and switch over to Windows, they have basically one choice for their operating system: Windows 10. When the reverse happens, people diving into Macs also have a single choice. When you take the plunge into desktop Linux, your “distribution” options expand exponentially. It can be overwhelming. Choice is the most beautiful — but sometimes paralyzing — thing about the wonderful world of Linux. If you’re curious about making that jump, wait until you’ve checked out these two fantastic resources.

Man pages provide essential information on Linux commands and many users refer to them often, but there’s a lot more to the man pages than many of us realize.

You can always type a command like “man who” and get a nice description of how the man command works, but exploring commands that you might not know could be even more illuminating. For example, you can use the man command to help identify commands to handle some unusually challenging task or to show options that can help you use a command you already know in new and better ways.

Install All Essential Media Codecs in Ubuntu With This Single Command

If you have just installed Ubuntu or some other Ubuntu flavors like Kubuntu, Lubuntu etc, you’ll notice that your system doesn’t play some audio or video file. For video files, you can install VLC on Ubuntu. VLC one of the best video players for Linux and can play almost any video file format. But you’ll still have troubles with audio media files and flash player.

The good thing is that Ubuntu provides a single package to install all the essential media codecs: ubuntu-restricted-extras.

Bitcoin startup Casa is charging into 2020 with a new look – by winding down its hardware product and shuffling its front office. CEO Jeremy Welch is stepping down from the role with current head of product Nick Neuman taking the helm. CTO Jameson Lopp will remain in his current position but will join the board along with Neuman.

Welch’s decision to step away from his position was linked to personal matters and not the firm’s product decisions, Welch and Neuman said.

Meanwhile, Casa is getting rid of its node; well, at least its physical implementation.

With Windows 7 in its support coffin, some institutions are finally giving up on Windows entirely. The biggest of these may be the South Korean government. In May 2019, South Korea’s Interior Ministry announced plans to look into switching to the Linux desktop from Windows. It must have liked what it saw. According to the Korean news site Newsis, the South Korean Ministry of Strategy and Planning has announced the government is exploring moving most of its approximately 3.3 million Windows computers to Linux.

XMPP (Extensible Messaging Presence Protocol) is a decentralized model of network to facilitate instant messaging and collaboration. Decentralize means there is no central server that has access to your data. The communication is directly between the end-points.

Some of us might call it an “old school” tech probably because the XMPP clients usually have a very bad user experience or simply just because it takes time to get used to (or set it up). That’s when Dino comes to the rescue as a modern XMPP client to provide a clean and snappy user experience without compromising your privacy.

Here’s a bold statement: Linux open source software developers deserve to get paid for their work. They should have the mechanisms in place to charge for the apps they’re creating — even if it’s just a “pay what you want” model. When developers get paid, they can devote more energy and resources and time into their work, and produce a better product. This is a philosophy that elementary OS picked up and ran with when the company launched its AppCenter. Now elementary OS wants to bring the AppCenter to everyone.

The team behind the Linux distribution just launched a crowdfunding campaign on IndieGoGo — the same platform it successfully raised money to launch the AppCenter with. The $10,000 goal will enable a team of designers and developers to assemble in Denver, Colorado to begin bringing their plan from concept to reality. 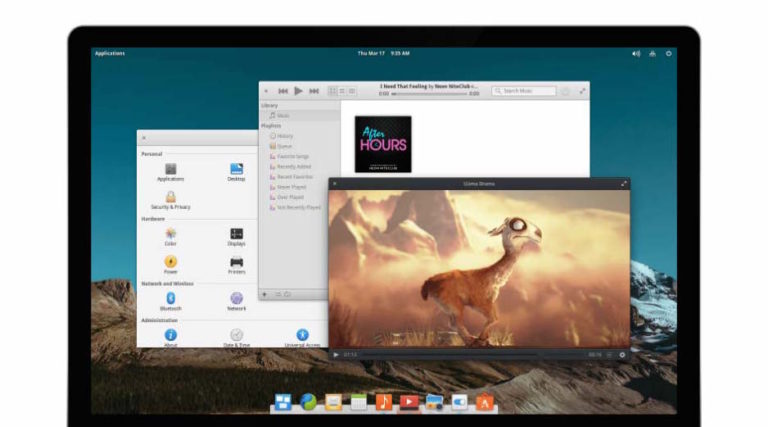 A few days ago, we reported on an extremely serious sudo bug that impacted some Unix and Linux-based operating systems. While Ubuntu was not affected, two popular operating systems based on it — Linux Mint and elementary OS — were impacted, sadly. This was due to pwfeedback being enabled on those operating systems.

Thankfully, the folks over at elementary have already squashed the bug in the latest version — 5.1.2 Hera. Even better, the sudo vulnerability fix is not the only improvement found in this version of the Linux distribution.

Linux 5.6 Is The Most Exciting Kernel In Years With So Many New Features

The Linux 5.6 merge window is anticipated to be ending today followed by the Linux 5.6-rc1 test release. This kernel is simply huge: there is so many new and improved features with this particular release that it’s mind-boggling. I’m having difficulty remembering such a time a kernel release was so large.