How to use Ansible to configure Vim

Using this playbook, you can quickly deploy and update your Vim configuration using Infrastructure as Code principles.
Read More at Enable Sysadmin

An introduction to Prometheus metrics and performance monitoring

Use Prometheus to gather metrics into usable, actionable entries, giving you the data you need to manage alerts and performance information in your environment.
Read More at Enable Sysadmin

Photo by Josh Sorenson from Pexels

When hopping between Linux distributions, it can be challenging to smoothly transition between the different interfaces to package management tools. In this article, we’re going to review some common operations and how to perform them using both dnf and apt.

How to use the Linux mtr command

Sysadmin tales: Take a look back at an old school IT prank

Sysadmin tales: Take a look back at an old school IT prank

In the Age of IT Innocence, things and practical jokes were much simpler. Take five minutes to kick it “old school” with this stone age prank.
Rick Greene
Wed, 10/28/2020 at 3:13am

Set your Wayback Machine to the early ’80s. Disco was dead and gone, pop rock was making waves, and consumer computers were available enough that some schools started figuring out that teaching computers was something they should do.

My school was one of those—the lovely Manheim Township High School in Neffsville, PA. A classroom was repurposed as a computer lab, as the prior computer area was barely larger than a closet and only had four terminals connected to some type of “miniframe” computer, with one Apple II computer on a rolling cart.

The accidental forkbomb: How a *nix script goes bad

When brilliant strategies go wrong, they can really go wrong and your opponent has to come to your rescue.
Read More at Enable Sysadmin

The history of an API: GitLab Runner and Podman

The history of an API: GitLab Runner and Podman

Here is one sysadmin’s journey through Podman and GitLab Runner integration
Pablo Greco
Tue, 10/27/2020 at 5:36am

Photo by Michael Foster from Pexels

For a while, I’ve been working on a project that uses GitLab Runner with Docker as its executor. Since runners are hosted on CentOS 7, everything made sense—until we started looking at moving it to CentOS 8, and our world exploded.

The first thing we were thinking was, since Podman is a drop-in replacement, this should be easy (you can imagine the veracity of that statement yourselves). The truth was, Podman didn’t have the API that GitLab Runner used to manage the containers, so even if we could do everything manually, we weren’t there yet.

Using an Ansible playbook to manage workstation and server updates

Using an Ansible playbook to manage workstation and server updates

In part two of this series on writing playbooks, we examine updates for servers and workstations. This playbook manages updates differently depending on the role the systems play on the network.
David Both
Mon, 10/26/2020 at 9:07pm

Image by wiredsmartio from Pixabay

I have decided to streamline my update process for customer systems I support as well as for my own Linux devices. While a series of complex scripts have served me well for a long time, the advantages of using Ansible for this task are just too many to pass up.

How to create an Ansible Playbook

Here in this introduction to Playbook creation, we examine the play that manages updates for a local Ansible controller machine.
Read More at Enable Sysadmin 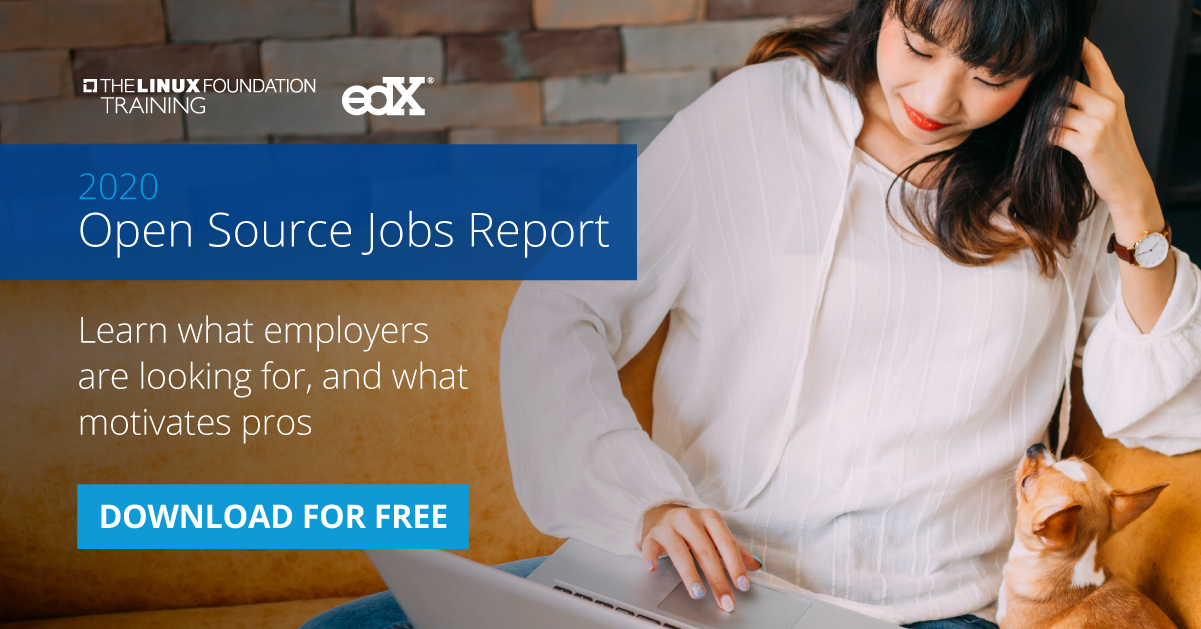 Despite the pandemic, demand for open source technology skills continues to be strong. Companies and organizations continue to increase their recruitment of open source technology talent while offering increased educational opportunities for existing staff to fill skills gaps. 93% of hiring managers report difficulty finding open source talent, and 63% say their organizations have begun to support open source projects with code or other resources for the explicit reason of recruiting individuals with those software skills, a significant jump from the 48% who stated this in 2018. DevOps has also become the top role hiring managers are looking to fill (65% are looking to hire DevOps talent), moving demand for developers to second (59%) for the first time in this report’s history. 74% of employers are now offering to pay for employee certifications, up from 55% in 2018, 47% in 2017, and only 34% in 2016.